New zodiac signs 2011: Why astrology is even sillier than we thought 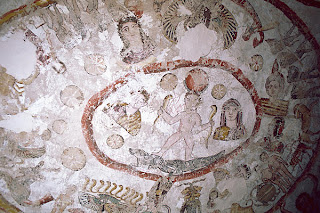 New zodiac signs 2011: Thanks to a wobble in the earth's axis, the astrological positions calculated some 2,000 years ago no longer apply. And even back then it was a big load of nonsense.

If you look to your horoscope for a preview of your day, look again: You're probably following somebody else's supposed fate.

Thanks to Earth's wobble, astrological signs are, well, bunk. (Or even more bunk than you might expect.) Astrological signs are determined by the position of the sun relative to certain constellations on a person's day of birth. The problem is, the positions were determined more than 2,000 years ago. Nowadays, the stars have shifted in the night sky so much that horoscope signs are nearly a month off.

"Astrology tells us that the sun is in one position, whereas astronomy tells us it's in another position," said Joe Rao, SPACE.com's skywatching columnist and a lecturer at New York's Hayden Planetarium

The shift is caused by precession, the wobble in the Earth's axis caused by the gravitational attraction of the moon to the Earth's equator. Precession popped into the spotlight this week after Minnesota Planetarium Society board member Parke Kunkle told the Minneapolis Star-Tribune about the gap between the astrological and the astronomical view. The story spread around the Internet quickly, but it's actually old news, Rao said.

The attention triggered by his interview with the newspaper has been "astounding." Kunkle, who teaches astronomy at Minneapolis Community and Technical College, told Livescience, He gave the interview at the request of the paper to discuss precession, and the science he described is centuries old, he said.

Here's what astronomers know: The Earth is like a wobbly top. As it rotates, its axis swings in a circle, pointing in different directions. As the Earth's position shifts, so does our perspective of the night sky.

For example, Rao said, we take the North Star, Polaris, for granted. It's the star most closely aligned with Earth's North Pole. But back when the pyramids were constructed, the star that aligned with the North Pole wasn't Polaris at all: It was a star in the constellation Draco called Thuban. In 12,000 years, Earth's North Star will be Vega, the brightest star in the constellation Lyra.

"Everything in the sky is in flux," he said.

Even if the astrological signs were stable, there's no evidence the stars have anything to do with people's day-to-day existence. One 2006 study published in the journal Personality and Individual Differences

used data from more than 15,000 people and found no relationship between date of birth and personality.

Despite the complete lack of scientific and observational evidence for astrology, 25 percent of Americans still believe in it, a recent Pew survey found. So here are the "real" dates of astrological signs, according to astronomers:


The list includes Ophiuchus, a formation the ancient Babylonians

discarded because they wanted 12 star signs, not 13. That's yet another example of how astrologers cherry-pick and ignore astronomical observations, Rao said.

"It's crazy," Rao said. "Really, they have their own set of rules."

Nevertheless, maybe some good will come of the astrology-astronomy