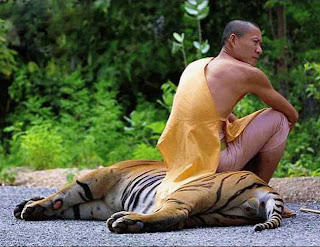 refers to a collection of Chinese martial arts

that claim affiliation with the Shaolin Monastery. Of the tens of thousands of kung fu and wushu styles, several hundred might have some relationship to Shaolin; however, aside from a few very well known systems, such as Xiao Hong Quan

or internal arts in 1669. It has been since then that Shaolin has been popularly synonymous for what are considered the external Chinese martial arts, regardless of whether or not the particular style in question has any connection to the Shaolin Monastery. Some say that there is no differentiation between the so-called internal and external systems of the Chinese martial arts, while other well-known teachers have expressed differing opinions. For example, the Taijiquan

leap about with strength and force; people not proficient at this kind of training soon lose their breath and are exhausted. Taijiquan is unlike this. Strive for quiescence of body, mind and intention.

made the earliest extant reference to the Shaolin Monastery as Chinese boxing's place of origin. Again, this is a misconception, as Chinese martial arts pre-date the construction of the Shaolin Temple by at least several hundred years.

According to the Jingde of the Lamp, after Bodhidharma

, a Buddhist monk from South India, left the court of the Liang emperor Wu in 527, he eventually found himself at the Shaolin Monastery, where he “faced a wall for nine years, not speaking for the entire time”.

According to the Yì Jīn Jīng


after Bodhidharma faced the wall for nine years at Shaolin temple and made a hole with his stare, he left behind an iron chest. When the monks opened this chest they found two books: the “Marrow Cleansing Classic

,” and the “Muscle Tendon Change Classic

”, or "Yi Jin Jing" within. The first book was taken by Bodhidharma's disciple Huike, and disappeared; as for the second, the monks selfishly coveted it, practicing the skills therein, falling into heterodox ways, and losing the correct purpose of cultivating the Real. The Shaolin monks have made some fame for themselves through their fighting skill; this is all due to their possession of this manuscript.

The attribution of Shaolin's martial arts to Bodhidharma has been discounted by a few 20th century martial arts historians, first by Tang Hao

on the grounds that the Yì Jīn Jīng is a forgery. Stele and documentary evidence shows the monks historically worshiped the Bodhisattva Vajrapani

's "Kimnara King" form as the progenitor of their staff and bare hand fighting styles.

during government raids in AD 446 suggests that Chinese monks practiced martial arts prior to the establishment of the Shaolin Monastery in 497. Monks came from the ranks of the population among whom the martial arts were widely practiced before the introduction of Buddhism. There are indications that Huiguang, Sengchou and even Huike

, may have been military men before retiring to the monastic life. Moreover, Chinese monasteries, not unlike those of Europe, in many ways were effectively large landed estates, that is, sources of considerable regular income which required protection.

In addition to that, the Spring and Autumn Annals of Wu and Yue

, the Bibliographies in the Book of the Han Dynasty

and the Records of the Grand Historian

and Sun Bin Quan, to name two, predate the establishment of the Shaolin Monastery by centuries.

Some lineages of Karate

Recent developments in the 20th century such as Shorinji Kempo

due to historic links. Japanese Shorinji Kempo Group financial contributions to the maintenance of the historic edifice of the Song Shan Shaolin Temple in 2003 received China's recognition.
at 13:42