Zen in a Christian Context 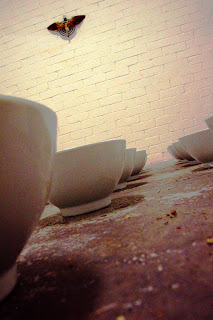 The point of all life is to be in heaven as individuals, as groups of individuals and in creation as a whole. We are made in the image of God means being in heaven or uniting with God or being your real self or being whole, thus being holy — all mean the same thing. This state of being is realized and begun in the here and now. Jesus Christ is our best example of a person who is in this heaven. His followers are enabled to do the same (as he himself said); otherwise there is no point for us to follow him. Increasing your ability to love — in the Christian sense of not being in the way hindering others becoming their real selves — is also a path towards existing as our own true consciousness. In the Zen sense this true consciousness is not a dependence on things that are not really oneself. The less one becomes dependent the more is the share of that heaven.

Love has always been central to the Judeo-Christian path: You shall love the Lord your God with all your heart, soul, mind & strength; love your neighbor as yourself. Jesus Christ says: Love your enemies; and, A new commandment I give to you, that you love one another.

The word Zen comes from the Japanese version of the Chinese equivalent (ch'an) of the Sanskrit word dhyanam, which is a term from Yoga meaning stilling or focussing the mind in meditation. The experience is of finding oneself through becoming able to see truly, that is to say, without mistaking things that are not really part of you.

The word Zen is being used to refer to the entailments of real Christian love: the stilling of one's being by accepting the needs of other people to be more important than your own, and the focussing on becoming our real self by allowing our dependency on people and things (that are not us) to be dissolved rather than pursued.

Being in heaven has to be defined as the most real state of being. For us there can be no other meaning of real than being without dependence on things that are not us. Such is possible in faith. In Jesus Christ we are given an example that being human is not a barrier to being in heaven.

We are not our real selves when we realize that we act against our own best interest and become dependent on things or people that are not really us; for example, our high or low self-esteem — both are dependencies on what other people think of us. Jesus Christ showed us the ability to let go of attachments to things and other peoples' control or recognition, in his case to the extent of physical death. This is why he and others like him have been central to real progress in human life. For instance, we may experience a situation in which we are confronted with something we just cannot do or would not do. Turning the other cheek requires us to accept such painful situations as being called to allow our love to be increased, but not by a willed suppression of desires or a fake humility, which is only a postponement of real change.

The dark night of the soul is known when my dependency on something that feels essential to me — a source of the meaning of my life — is discovered as not at all part of my true self . It is then dissolved, and I change in such a way that I no longer need that which previously limited me.

Some people react to the need for inner change by trying to simplify their exterior lives to a minimum — both materially and mentally (such as by giving up thinking for themselves); for instance, in joining secluded groups or fundamentalist sects and cults. In reality, there are many ways to live, so that the need for a specific set of tensions and motivations is best met by the variety of situations that ordinary life presents. It is therefore necessary to connect with the world and creation, so that the world in general changes as we change.

It may seem that one’s life is not long enough for significant change. Many people go through life changing very little, or perhaps on significant events, and many without apparently making any spiritual progress at all. Faith is our potential, a way in which are given enough time, not only to change sufficiently, but to do so within our own free will as our desires mature towards storing up our treasure in heaven and not on earth.

Atonement is about being one with God. It also refers to what Jesus Christ achieved by dying on the cross. The view of what Jesus achieved is based on greater love hath no man than that he lay down his life for his friend. Loving our fellow men entails wishing them to become who they really are. It means helping them to believe that letting go of their unreal dependencies will lead them being more real; even though those dependencies at present may define their "reality" (deceptively). In allowing himself to be put through physical death Jesus showed us the greatest possible faith in the actual source of reality.

Forgiving our neighbor for something is when we no longer need anything out of that particular situation. It is letting go. By becoming independent of whatever it was we also give freedom to whomever we are forgiving. Being forgiven does not automatically set one free never to repeat the offence. Forgiving is seventy times seven.

A real statesman is the source of unity for the people. That entails him or her to be whole and at peace within oneself. It means being independent of things external and conventional. Thus, a real sovereign would be somewhat divine, or at least closer to the divine than the ordinary people.
at 00:48