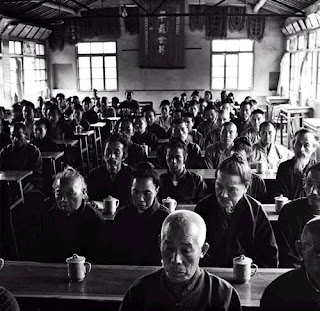 "They are slaughterous in using violence. Are they Buddhists?" asked Master Hai Tao from Taiwan when speaking of the Lhasa riot on March 14.

Hai Tao has been to the areas inhabited by Tibetan populations in regions such as northwestern Qinghai.

"Residents there are kind, honest and simple. But some of them are tainted. The power of Buddha insists we should be humble, merciful, peaceful and tolerant, which, however, is not deeply into their heart," he said.

Hai Tao was currently in Beijing attending the 2008 Buddhist Sermon Forum with dozens of young Buddhist masters from the mainland, Hong Kong and Taiwan.

Master Qing Yuan, the Buddhist Association of China director, has been to Tibet twice and clearly bore in mind the peaceful and quiet place.

"Tibet has changed greatly with the whole nation. That violence occurred in such a place was surprising and shocking," he said.

Master Yin Tsz of Hong Kong said it was suspicious that someone involved in the assaults and vandalism could truly understand the meaning of Buddhism which called for harmony.

"Someone used Buddhism to serve their own purpose after only learning some sermons superficially," she said.

"When I saw on television some monks were involved in assault and arson and the masses were bloody and fleeing, I feel very sad", said Master Hong Yuan from Taiwan.

"What we should do is to earnestly cultivate ourselves according to Buddhist doctrine. If a monk is in pursuit of fame and gain, then he is running counter to the power of Buddha and will never learn the essence."

Masters attending the forum told Xinhua they were excited about the upcoming Olympics, which should be an opportunity to "put up the sword and make peace".

"Many Olympic sports events are originated from human violence over history -- shooting coming from hunting, wrestling from fighting -- but in the Olympic Games, such violence is replaced by the pursuit of 'swifter, higher and stronger'," one master said.

"Disrupting the Games is going against the trend of the times."
at 09:38