The Five Precepts in Taoism 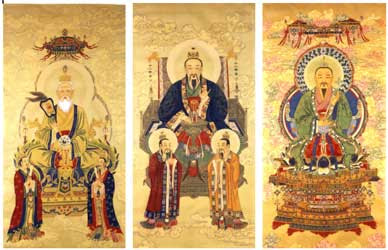 The Five Precepts in Taoism (Chinese: 五戒; Pinyin: Wu Jie; Cantonese: Ng Gye), constitute the basic code of ethics undertaken mainly by Taoist lay-cultivators. For Taoist monks and nuns, there are more advanced and stricter precepts. These precepts are no different as the Buddhist Five Precepts, but with minor differences.

According to The Ultra Supreme Elder Lord's Scripture of Precepts, the five basic precepts are:

Their definitions can be found in an excerpt of The Ultra Supreme Elder Lord's Scripture of Precepts:

**Smoking, the use of intoxicants other than alcohol, and the like, are also forbidden by the precept against Intoxicant-Taking.