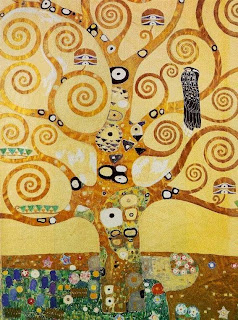 Christian symbolism invests objects or actions with an inner meaning expressing Christian ideas. Christianity has borrowed from the common stock of significant symbols known to most periods and to all regions of the world. Religious symbolism is effective when it appeals to both the intellect and the emotions. The choice of suitable acts and objects for symbolism is narrow enough that it would not be easy to avoid the appearance of an imitation of other traditions, even if there had been a deliberate attempt to invent an entirely new ritual.

Common in most Christian religious symbolism are emblems, figures or ideas drawn from the cultures which saw the origin of Christianity. These symbols existed in those cultures and have been adopted and imbued with Christian meaning. The phoenix would come to stand for the Resurrection, the Egg represented rebirth.

Many Christian symbols were derived from specific allegories found in the Hebrew scriptures of the Old Testament. Their use in Judaism predated the birth of Christ. Trees appear with symbolic meaning throughout Hebrew tradition. From the tree of knowledge of good and evil, through which the Fall of man and the curse of death came, to the tree of life - from which mankind has been cut off - to promises concerning the root of Jesse, the branch, the Messiah, who would be hung on a tree to bear the curse, and would be raised up again for the healing of the nations.

Elemental symbols were widely used by the early Church. Water has specific symbolic significance for Christians. Outside of baptism, water may represent cleansing or purity. Fire, especially in the form of a candle flame, represents both the Holy Spirit and light. The sources of these symbols derive from the Bible; for example from the tongues of fire that symbolized the Holy Spirit at Pentecost, and from Jesus' description of his followers as the light of the world; or God is a consuming fire found in Hebrews 12.

Among the symbols employed by the early Christians, that of the fish seems to have ranked first in importance. Indeed, from monumental sources such as tombs we know that the symbolic fish was familiar to Christians from the earliest times. It can be seen in such Roman monuments as the Capella Greca and the Sacrament Chapels of the catacomb of St Callistus. The fish was depicted as a Christian symbol in the first decades of the second century. The symbol itself may have been suggested by the miraculous multiplication of the loaves and fishes or the repast of the seven Disciples, after the Resurrection, on the shore of the Sea of Galilee. Its popularity among Christians was due principally, it would seem, to the famous acrostic consisting of the initial letters of five Greek words forming the word for fish (Ichthys), which words briefly but clearly described the character of Christ and the claim to worship of believers: Iesous Christos Theou Yios Soter, meaning, Jesus Christ, Son of God, Saviour.

Christians from the very beginning adorned their catacombs with paintings of Christ, of the saints, of scenes from the Bible and allegorical groups. The catacombs are the cradle of all Christian art. The first Christians had no prejudice against images, pictures, or statues. That idea has been abundantly dispelled by all students of Christian archaeology. The idea that they must have feared the danger of idolatry among their new converts is disproved in the simplest way by the pictures even statues, that remain from the first centuries. Early Christians accepted the art of their time and used it, as well as a poor and persecuted community could, to express their religious ideas. From the second half of the first century to the time of Constantine the Great they buried their dead and celebrated their rites in these underground chambers. The Christian tombs were ornamented with indifferent or symbolic designs -- palms, peacocks, with the chi-rho monogram, with bas-reliefs of Christ as the Good Shepherd, or seated between figures of saints, and sometimes with elaborate scenes from the New Testament. Other Christian symbols include the dove (symbolic of the Holy Spirit), the sacrificial lamb (symbolic of Christ's sacrifice), the vine (symbolising the necessary connectedness of the Christian with Christ) and many others. These all derive from the writings found in the New Testament. Other decorations that were common included garlands, ribands, stars landscapes, which had symbolic meanings, as well.

In its modern image, usually depicted as bumper stickers and t-shirts and a miasma of other modern items, it carries a strong and puzzling visual connection to the Odal, an ancient Norse rune often associated with the Norse god Odin. Though in this instance the image is inverted 90 degrees, and in theory, based on other Christian symbols of which existed before were renamed and reenlisted for their religious meanings, for example the Crucifix was a Roman torture device and symbol of fear, the modern image of Lucifer (later known solely as Satan[meaning adversary in ancient Hebrew]) is derivative of ancient pagan Celtic gods and Satyrs.

The Crucifix, a cross with corpus, a symbol used by the Catholic Church, in Lutheranism, Eastern Orthodoxy, and Anglicanism, is in contrast with some Protestant denominations, which use only a bare Cross.

The cross, which is today one of the most widely recognised symbols in the world, was used as a symbol from the earliest times. This is indicated in the anti-Christian arguments cited in the Octavius of Minucius Felix, chapters IX and XXIX, written at the end of that century or the beginning of the next, and by the fact that by the early third century the cross had become so closely associated with Christ that Clement of Alexandria, who died between 211 and 216, could without fear of ambiguity use the phrase τὸ κυριακὸν σημεῖον (the Lord's sign) to mean the cross, when he repeated the idea, current as early as the Epistle of Barnabas, that the number 318 (in Greek numerals, ΤΙΗ) in Genesis 14:14 was a foreshadowing (a "type") of the cross (T, an upright with crossbar, standing for 300) and of Jesus (ΙΗ, the first two letter of his name ΙΗΣΟΥΣ, standing for 18), and his contemporary Tertullian could designate the body of Christian believers as crucis religiosi, i.e. "devotees of the Cross". In his book De Corona, written in 204, Tertullian tells how it was already a tradition for Christians to trace repeatedly on their foreheads the sign of the cross.


The cross as a Christian symbol or "seal" came into use at least as early as the second century (see "Apost. Const." iii. 17; Epistle of Barnabas, xi.-xii.; Justin, "Apologia," i. 55-60; "Dial. cum Tryph." 85-97); and the marking of a cross upon the forehead and the chest was regarded as a talisman against the powers of demons (Tertullian, "De Corona," iii.; Cyprian, "Testimonies," xi. 21-22; Lactantius, "Divinæ Institutiones," iv. 27, and elsewhere). Accordingly the Christian Fathers had to defend themselves, as early as the second century, against the charge of being worshipers of the cross, as may be learned from Tertullian, "Apologia," xii., xvii., and Minucius Felix, "Octavius," xxix. Christians used to swear by the power of the cross.

Ancient people believed that the flesh of a peafowl did not decay after death, and it so became a symbol of immortality. This symbolism was adopted by early Christianity, and thus many early Christian paintings and mosaics show the peacock. The peacock is still used in the Easter season especially in the east.

Some of the oldest symbols in the Christian church are the sacraments, the number of which vary between denominations. Always included are Eucharist and baptism. The others which may or may not be included are ordination, unction, confirmation, penance and marriage. They are together commonly described as an outward and visible sign of an inward and spiritual grace or, as in the Roman Catholic system, "outward signs and media of grace." At the very least, the rite is seen as a symbol of the spiritual change or event that takes place. In the Eucharist, the bread and wine are, at the least, symbolic of the broken body and shed blood of Jesus, and in Roman Catholicism, become the actual Body of Christ and Blood of Christ through Transubstantiation, which in turn represent salvation brought to the recipient by the death of Jesus. The rite of baptism is, at the least, symbolic of the cleansing of the sinner by God, and, especially where baptism is by immersion, of the spiritual death and resurrection of the baptized person. Opinion differs as to the symbolic nature of the sacraments, with some Protestant denominations considering them entirely symbolic, and Roman Catholics, Orthodox, some Anglicans, and some Lutherans believing that the outward rites truly do, by the power of God, act as media of grace.

The tomb paintings of the early Christians led to the development of icons. An icon is an image, picture, or representation; it is likeness that has symbolic meaning for an object by signifying or representing it, or by analogy, as in semiotics. The use of icons, however, was never without opposition. It was recorded that, "there is no century between the fourth and the eighth in which there is not some evidence of opposition to images even within the Church. Nonetheless, popular favor for icons guaranteed their continued existence, while no systematic apologia for or against icons, or doctrinal authorization or condemnation of icons yet existed.

Though significant in the history of religious doctrine, the Byzantine controversy over images is not seen as of primary importance in Byzantine history. "Few historians still hold it to have been the greatest issue of the period..."

The Iconoclastic Period began when images were banned by Emperor Leo III the Isaurian sometime between 726 and 730. Under his son Constantine V, a council forbidding image veneration was held at Hieria near Constantinople in 754. Image veneration was later reinstated by the Empress Regent Irene, under whom another council was held reversing the decisions of the previous iconoclast council and taking its title as Seventh Ecumenical Council. The council anathemized all who hold to iconoclasm, i.e. those who held that veneration of images constitutes idolatry. Then the ban was enforced again by Leo V in 815. And finally icon veneration was decisively restored by Empress Regent Theodora.