Meaning of the Red Easter Egg 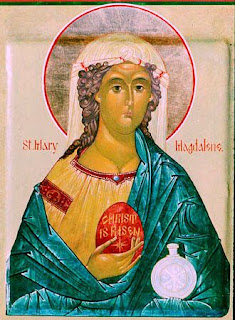 The egg is widely used as a symbol of the start of new life, just as new life emerges from an egg when the chick hatches out.

The ancient Zoroastrians painted eggs for Nowrooz, their New Year celebration, which falls on the Spring equinox. The Nawrooz tradition has existed for at least 2,500 years. The decorated eggs are one of the core items to be placed on the Haft Seen, the Zoroastrian New Year display. The sculptures on the walls of Persepolis show people carrying eggs for Nowrooz to the king.

At the Jewish Passover Seder, a hard-boiled egg dipped in salt water symbolizes the festival sacrifice offered at the Temple in Jerusalem.

The pre-Christian Saxons had a spring goddess called Eostre, whose feast was held on the Vernal Equinox, around 21 March. Her animal was the spring hare. Some believe that Ēostre was associated with hares, and the rebirth of the land in spring was symbolised by the egg. Ēostre is known from the writings of Bede Venerabilis, a seventh-century Benedictine monk. Bede describes the pagan worship of Ēostre among the Anglo-Saxons as having died out before he wrote about it. Bede's De temporum ratione attributes her name to the festival, but does not mention eggs at all.

The English name for the festival of Easter derives from the Germanic word for the first month of Spring, Eostre. It is only in Germanic languages that a derivation of Eostre marks the holiday. Most European languages use a term derived from the Hebrew pasch meaning Passover. In Spanish, for example, it is Pascua; in French, Pâques; in Dutch, Pasen; in Greek, Russian and the languages of most Eastern Orthodox countries: Pascha. In Middle English, the word was pasche, which is preserved in modern dialect words. Some languages use a term meaning Resurrection, such as Serbian Uskrs.

The egg is seen as symbolic of the grave and life renewed or resurrected by breaking out of it. The red supposedly symbolizes the blood of Christ redeeming the world and human redemption through the blood shed in the sacrifice of the crucifixion. The egg itself is a symbol of resurrection: while being dormant it contains a new life sealed within it.

For Orthodox Christians, the Easter egg is much more than a celebration of the ending of the fast, it is a declaration of the Resurrection of Jesus. Traditionally, Orthodox Easter eggs are dyed red to represent the blood of Christ, shed on the Cross, and the hard shell of the egg symbolized the sealed Tomb of Christ—the cracking of which symbolized his resurrection from the dead.

During Paschaltide, in some traditions the Paschal greeting with the Easter egg is even extended to the deceased. On either the second Monday or Tuesday of Pascha, after a memorial service people bring blessed eggs to the cemetery and bring the joyous paschal greeting, "Christ has risen", to their beloved departed (see Radonitza).

While the origin of easter eggs can be explained in the symbolic terms described above, a pious legend among followers of Eastern Christianity says that Mary Magdalene was bringing cooked eggs to share with the other women at the tomb of Jesus, and the eggs in her basket miraculously turned brilliant red when she saw the risen Christ.

A different, but not conflicting, legend concerns Mary Magdalene's efforts to spread the Gospel. According to this tradition, after the Ascension of Jesus, Mary went to the Emperor of Rome and greeted him with “Christ has risen,” whereupon he pointed to an egg on his table and stated, “Christ has no more risen than that egg is red.” After making this statement it is said the egg immediately turned blood red.
at 02:16