Why is the New Testament a New Covenant between God and Man? 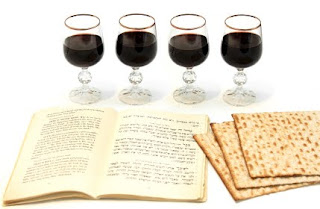 In all there are 6 covenants that God made with the Hebrew people.

The ABRAHAMIC COVEANT: (Genesis 12:1-3, 6-7; 13:14-17; 15; 17:1-14; 22:15-18). In this covenant, God promised many things to Abraham. He personally promised that He would make Abraham’s name great (Genesis 12:2), that Abraham would have numerous physical descendants (Genesis 13:16), and that he would be the father of a multitude of nations (Genesis 17:4-5). God also made promises regarding a nation called Israel. In fact, the geographical boundaries of the Abrahamic Covenant are laid out on more than one occasion in the book of Genesis (12:7; 13:14-15; 15:18-21). Another provision in the Abrahamic covenant is that the families of the world will be blessed through the physical line of Abraham (Genesis 12:3; 22:18). This is a reference to the Messiah, who would come from the line of Abraham.

The PALESTINIAN COVENANT: (Deuteronomy 30:1-10). The Palestinian Covenant amplifies the land aspect which was detailed in the Abrahamic covenant. In this covenant, God, because of the people's disobedience, would cause them to be scattered around the world (Deuteronomy 30:3-4), and He would eventually restore the nation together (verse 5). When the nation is restored, then they will obey Him perfectly (verse 8), and God will cause them to prosper (verse 9).

The MOSAIC COVENANT: (Deuteronomy 11; et al). The Mosaic Covenant was a conditional covenant that either brought God's direct blessing for obedience or God's direct cursing for disobedience upon the nation of Israel. Part of the Mosaic Covenant was the ten commandments found in Exodus 20, but also the rest of the law which contained over 600 commands—roughly 300 positive and 300 negative. The history books of the Old Testament (Joshua-Esther) detail how Israel succeeded at obeying the law or how Israel failed miserably at obeying the law. Deuteronomy 11:26-28 details specifically the blessing/cursing motif.

The DAVIDIC COVENANT: (2 Samuel 7:8-16). The Davidic Covenant amplifies the seed aspect which was detailed in the Abrahamic Covenant. The promises to David in this passage are very significant. God promised that David's physical line of descent would last forever and that his kingdom would never pass away permanently (verse 16). This kingdom, furthermore, would have a ruling individual exercising authority over it (verse 16). Obviously, the Davidic throne has not been in place at all times. There will be a time, however, when someone from the line of David will again sit on the throne and rule as king. This future king is Jesus (Luke 1:32-33)

The PREFIGURING COVENANT: (Jeremiah 31:31-34). The New Covenant is a covenant made with the nation of Israel which speaks about the blessings which are detailed in the Abrahamic covenant. In the new covenant, God promises to forgive sin, and there will be a universal knowledge of the Lord (verse 34). It even appears that the nation of Israel will have a special relationship with their God (verse 33).

Now after this breakdown, let us define the nature of a covenant. The Merriam-Webster dictionary has 2 definitions for the word covenant.

1: a usually formal, solemn, and binding agreement : compact
2 a: a written agreement or promise usually under seal between two or more parties especially for the performance of some action
b: the common-law action to recover damages for breach of such a contract

Now, let us break this down even further and look at what is and is not defined in these definitions.

A covenant is a contract. It is legal and it is binding. It is made between two parties where both parties must agree to follow it.

The interesting definition of covenant comes in definition 2b. "action to recover damages for breach of such a contract" This definition fits perfectly with the Adamic Covenant. This covenant was made between God and Adam precisely because Adam had transgressed the laws of God. Adam broke the rules, God has mercy and makes a covenant with him that He (God) will send a Savior into the world to save Adam and his descendants. This is also seen in the Prefiguring Covenant where God gives more detail about the coming of the promised Messiah in the Adamic covenant.

Now, let us look at the covenants that God made with His people and, realizing that there are consequences for actions, let us investigate whether breaking of these covenants has repercussions and, most importantly, if a covenant is broken, are the promises required to be kept by God?

There are those that say that God is required to keep His covenants with His people regardless of whether they fulfill their obligations to that covenant. They have "proof text" and spliced verses from each of the six covenants, which they believe, proves that God is under some sort of obligation to follow through when His people have broken their side of the bargain.

One such "proof text is from the Psalms of King David.

Now, as beautiful as the ellipsis' are in the previous verses, let us be completely honest with ourselves and our readers and let us share the entire 5 verses with you.

7 He is the Lord our God; his judgments are in all the earth.
8 He remembers his covenant forever,the word he commanded, for a thousand generations,
9 the covenant he made with Abraham,the oath he swore to Isaac.
10 He confirmed it to Jacob as a decree, to Israel as an everlasting covenant:
11 “To you I will give the land of Canaan as the portion you will inherit.”

Here we have the words "everlasting covenant." What does this mean? Does this mean that God is required ot hold a covenant with a people who break His laws and continually fall again and again from His ways? We see that there were 6 covenants that were made to the Hebrew people. Why so many? Because in the end they could not fulfill the requirements set out by God for his people. They were given chance after chance, prophet after prophet.

Common sense tells us, when your Father says to you, "If you obey Me, I will give this to you." If you are not obedient then there is no requirement for Him to fulfill His obligation.

Another case and point. Marriage. Marriage is eternal. It is a contract. It is a covenant between two people witnessed before many people. "I promise to love, honor, and obey until death do us part/"This is what the Western marriage ceremony text states. People will say that divorce is forbidden. Yes, this is true, to a point.

In Matthew 5:32 we have a distinction made. Infidelity is grounds, the ONLY grounds for divorce. So, which is it? Is marriage eternal or are there stipulations? The answer is both. Marriage is eternal. Ir is a contract, a covenant, that is to be honored by both parties, until such time as one of the parties fails to keep their side of the covenant, and then, the covenant is broken. It is the same with the covenants of the Old Testament.

We could also go into a discussion on how many covenants can be in affect at one time. We know that there are 6 covenants written in the Old Testament. What are we to think of the covenant given at the Last (Mystical Supper by Christ Himself to His Apostles?

Luke 22:20 states, "In like manner, the chalice also, after he had supped, saying: This is the chalice, the new testament in my blood, which shall be shed for you."

There is a New Covenant in the Blood of Christ. How many covenants can be active at one time? Are there two simultaneous covenants going on at the same time (as some assert), or does this covenant through the Blood of Christ supersede all others through the disobedience of the once-chosen people? Can you fall away from the covenant promises and still claim rights to the covenant?

I will not answer this question. I know the answer and the answer is truth and there is only one truth. Those with eyes to see let them see. There are many verses, about the sheep and the vine that I could share, but these verses are well known. I could share them, but to what effect? Let God teach the Truth to those who will listen, but most of all, to those who will obey.

I'm sorry, but I think you plagiarized a blog entry I made a while ago. Your entry for Dec 12 2008 is an old blog entry of mine that I deleted. As far as I can tell, you did not acknowledge original authorship in any way. You did this once before. You copied a post of mine, changed some of the sentences, and published it on your blog.

I would appreciate it if you would delete the Dec 12 2008 entry, and please refrain from plagiarizing me again.

Actually, I see that you had it linked to my old account. But that post was deleted for a reason. Please delete it.

Most of this blog seems to not be original articles, but articles copied, pasted, and linked from other sources. It seems to be more of a manual agrigator blog. Maybe you should reply to the entry in question, the one that he liked so much that he added here.