The Reverend Jesuit Father Joachim Bouvet and the Figurists 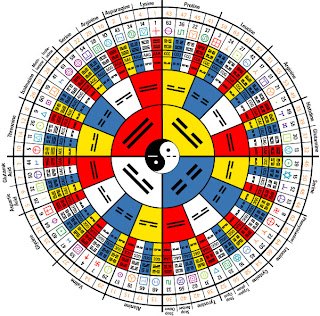 The Reverend Father Joachim Bouvet (July 18, 1656 - October 9, 1730) (Chinese:白晋 or 白進, courtesy name:明远) was a French Jesuit and Figurist. As a sinologist, Bouvet focused his research on I Ching (a.k.a. Yìjìng, Yiqing, I-Tsing or YiChing). Trying to find a connection between the Chinese classics and the Bible, Bouvet came to the conclusion that the Chinese had known the whole truth of the Christian tradition in ancient times and that this truth could be found in the Chinese classics.

The origin of the Jesuit Figurists in China can be traced to the ideas of the Jesuit Matteo Ricci. He had seen in ancient Chinese religion evidence of God, which convinced him that there was a connection with the Judeo-Christian tradition. The Jesuits wanted to integrate the Confucian tradition instead of rejecting Chinese traditional elements such as the Rites, which can be seen as accommodation to the Chinese tradition. They hoped to convince the Chinese literati of their theories and consequently convert them to the Christian faith.

The Figurists often disagreed with each other but there were three basic tenets on which they could agree: