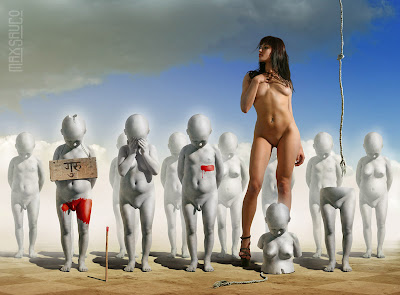 Yuga (Devanāgari: युग) in Hindu philosophy is the name of an 'epoch' or 'era' within a cycle of four ages. These are the Satya Yuga (or Krita Yuga), the Treta Yuga, the Dvapara Yuga and finally the Kali Yuga. According to Hindu cosmology, life in the universe is created, destroyed once every 4.1 to 8.2 billion years, which is one full day (day and night) for Brahma. The lifetime of a Brahma himself may be 311 trillion and 40 Billion years. The cycles are said to repeat like the seasons, waxing and waning within a greater time-cycle of the creation and destruction of the universe. Like Summer, Spring, Winter and Autumn, each yuga involves stages or gradual changes which the earth and the consciousness of mankind goes through as a whole. A complete yuga cycle from a high Golden Age of enlightenment to a Dark Age and back again is said to be caused by the solar system's motion around a central sun.

An alternative view of the yuga cycle and time scale was taught by the 19th/20th-century Indian yogi Swami Sri Yukteswar Giri, guru of Paramahansa Yogananda.

In his book, The Holy Science

In The Holy Science, Sri Yukteswar wrote that the traditional or long count view is based on a misunderstanding. He says that at the end of the last descending Dvapara Yuga (about 700 BC), "Maharaja Yudhisthira, noticing the appearance of the dark Kali Yuga, made over his throne to his grandson [and]...together with all of his wise men...retired to the Himalaya Mountains... Thus there was none in the court...who could understand the principle of correctly accounting the ages of the several Yugas."

According to Sri Yukteswar, nobody wanted to announce the bad news of the beginning of the ascending Kali Yuga, so they kept adding years to the Dvapara date (at that time 2400 Dvapara) only retitling the epoch to Kali. As the Kali began to ascend again, scholars of the time recognized that there was a mistake in the date (then being called 3600+ Kali, even their texts said Kali had only 1200 years). "By way of reconciliation, they fancied that 1200 years, the real age of Kali, were not the ordinary years of our earth, but were so many daiva (or deva) years ("years of the gods"), consisting of 12 daiva months of 30 daiva days each, with each daiva day being equal to one ordinary solar year of our earth. Hence according to these men 1200 years of Kali Yuga must be equal to 432,000 years of our earth."

Sri Yukteswar explained that just as the cycle of day and night is caused by a celestial motion (the earth spinning on its axis in relation to the sun), and just as the cycle of the seasons are caused by a celestial motion (the earth with tilted axis orbiting the sun) so too is the yuga cycle (seen as the precession of the equinox), caused by a celestial motion. He explained this celestial motion as the movement of the whole solar system around another star. As our sun moves through this orbit, it takes the solar system (and earth) closer to and then further from a point in space known as the "grand centre" also called 'Vishnunabhi', which is the seat of the creative power, 'Brahma', [which]...regulates...the mental virtue of the internal world." He implied that it is the proximity of the earth and sun to this grand centre that determines which season of man or yuga it is.

Quoting from The Holy Science

, Sri Yukteswar states that our sun revolves round a grand center called Vishnunabhi, which is the seat of the creative power, Brahma, the universal magnetism. Brahma regulates dharma, the mental virtue of the internal world. Sri Yukteswar states: ...the sun, with its planets and their moons, takes some star for its dual and revolves round it in about 24,000 years of our earth.... Essentially, When the sun in its revolution round its dual comes to the place nearest to this grand center, the seat of Brahma...the mental virtue, becomes so much developed that man can easily comprehend all, even the mysteries of Spirit." Further, ...when the sun goes to the place in its orbit which is farthest from Brahma, the grand center...the mental virtue, comes to such a reduced state that man cannot grasp anything beyond the gross material creation. Paramahansa Yogananda, devotee of Sri Yukteswar, dates his forward in the book as 249 Dwapara (1949 AD). The period of 2400 years during which the sun passes through the 2/20th portion of its orbit is called Dwapara Yuga. Dharma, the mental virtue, is then in the second stage of development and is but half complete; the human intellect can then comprehend the fine matters of electricities and their attributes which are the creating principles of the external world.

Kali Yuga (Devanāgarī: कलियुग, lit. "age of (the male demon) Kali", or "age of vice") is the last of the four stages that the world goes through as part of the cycle of yugas described in the Indian scriptures. The other ages are Satya Yuga, Treta Yuga and Dvapara Yuga. According to the Surya Siddhanta, an astronomical treatise that forms the basis of all Hindu and Buddhist calendars, Kali Yuga began at midnight (00:00) on 18 February 3102 BC in the proleptic Julian calendar, or 23 January 3102 BC in the proleptic Gregorian calendar. This date is also considered by many Hindus to be the day that Krishna died after being mortally wounded by an arrow. Most interpreters of Hindu scriptures believe that earth is currently in Kali Yuga. Some, such as Swami Sri Yukteswar, David Frawley,] and Paramhansa Yogananda believe that it is now near the beginning of Dvapara Yuga. The Kali Yuga is traditionally thought to last 432,000 years.

Hindus believe that human civilization degenerates spiritually during the Kali Yuga, which is referred to as the Dark Age because in it people are as far removed as possible from God. Hinduism often symbolically represents morality (dharma) as a bull. In Satya Yuga, the first stage of development, the bull has four legs, but in each age morality is reduced by one quarter. By the age of Kali, morality is reduced to only a quarter of that of the golden age, so that the bull of Dharma has only one leg.

Kali Yuga is associated with the apocalypse demon Kali, not to be confused with the goddess Kālī (these are unrelated words in the Sanskrit language). The "Kali" of Kali Yuga means "strife, discord, quarrel, or contention."

A discourse by Markandeya in the Mahabharata identifies some of the attributes of Kali Yuga:

Rulers will become unreasonable: they will levy taxes unfairly. Rulers will no longer see it as their duty to promote spirituality, or to protect their subjects: they will become a danger to the world. People will start migrating, seeking countries where wheat and barley form the staple food source.

Avarice and wrath will be common. Humans will openly display animosity towards each other. Ignorance of dharma will occur. People will have thoughts of murder for no justification and they will see nothing wrong with that mind-set. Lust will be viewed as being socially acceptable, and sexual intercourse will be seen as the central requirement of life, with the result that even 13 to 16-year old girls will get pregnant. Sin will increase exponentially, whilst virtue will fade and cease to flourish. People will take vows only to break them soon after. People will become addicted to intoxicating drinks and drugs. Men will find their jobs stressful and will go to retreats to escape their work. Gurus will no longer be respected and their students will attempt to injure them. Their teachings will be insulted and followers of Kama will wrest control of the mind from all human beings.

The Brahma Vaivarta Purana mentions a ten thousand year period during which bhakti yogis will be present. Starting from the traditional dating of the Kali yuga epoch of February 18, 3102 BC.

"When flowers will be begot within flowers, and fruits within fruits, then will the Yuga come to an end. And the clouds will pour rain unseasonably when the end of the Yuga approaches."

Kali (Devanāgari: कलि) is the reigning lord of Kali Yuga and the nemesis of Sri Kalki, who is the tenth and final avatar of Lord Vishnu. According to the Vishnu Purana, Kali is a negative manifestation of Vishnu who perpetually operates in this world as a cause of destruction, along with his evil extended family. Kali also serves as an antagonistic force in the Kalki Purana. It is said that towards the end of this yuga, Kalki will return riding on a white horse to do battle with Kali and his dark forces. The world will suffer a fiery end which will destroy all evil, and a new age, Satya Yuga, will begin.

Other interpreters of the Hindu scriptures take a different view of the Yuga cycle.

In David Frawley's opinion, the cycle of Yugas is much like the four seasons. The planet gradually moves from one yuga to the next and from one cycle to the next, without any sudden jump from Kali into Satya Yuga. According to Frawley, historical evidence shows that Kali Yuga ended around 1700 AD, changing at that time to Dwapara Yuga. He also questions the traditional 432,000 year cycle.

Like Frawley, Sri Yukteswar Giri maintains that we are currently in Dwapara Yuga. According to him, the astronomers and astrologers who calculated the almanacs were guided by the false annotations of certain Sanskrit scholars such as Kullu Bhatta. As a result, [they] falsely maintained that the length of Kali Yuga is 432,000 years, of which 4994 would have elapsed as of 1894, leaving 427,006 years remaining. Yukteswar Giri declares this "A dark prospect! And fortunately one not true." He himself offers an astronomical explanation for a shorter cycle in which Kali Yuga lasts only 2,400 years (1,200 x 2 = one descending Kali Yuga cycle + one ascending cycle). He argues that Kali Yuga is represented by the introduction of atomic energy and electricity.
at 00:15

it's a nice fantasy, but you only need to look around you to know how well kaliyuga is proceeding regardless of belief. This is the nature of the material world and yes Yukteswar is also probably in denial and trying not to dispel his gloom upon others. If you read the news and acquaint yourself to the horrors you can see times journey into Kaliyiga is inevitable. The only way to come to terms with the final deluge is to accept it and to accept God. The true God, not the manufactured ones from fake violent religions. Shanti.

I don't understand the choice of this pornographic image on a site discussing Buddhism. It seems unrelated and disrespectful. Won't be returning to your blog.