Feeling Left Behind? What is "The Rapture"? 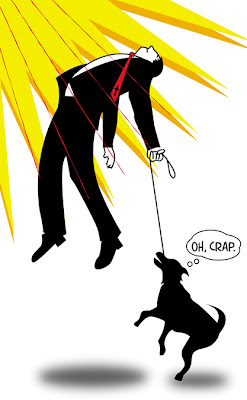 Don’t feel left out or left behind. The Orthodox Christian, Roman Catholic and mainstream Protestant Churches all reject this new popular myth. You might be surprised to know that the idea of rapture didn't even exist until about 170 years ago. No Christian believed in this term for the first 1,800 years of Christianity.

Lets start by discussing about what in the world people are talking about. Rapture is a popular term among some Protestant sects for the raising of the faithful from the dead. This part we can all agree on, but there’s more to it than that.

The belief in rapture tends to be what is called “pre-tribulation”. Believers of pre-tribulation rapture teach that this raising up will be prior to or after a period of immense trouble or “tribulation” (that’s why its pre, meaning before). After the 7 years of tribulation they then believe that there will be 1000 years of piece followed by the day of final judgment.

Orthodoxy rejects these teachings/innovations as being heretical in nature. There is also potential for great harm in mass dissemination of the notion of rapture.

Where Did the Term Rapture Come From?

All Christians up until the 1830’s believed in basically the same things about the second coming of Christ. During the 1830’s Margaret Macdonald, a Scottish member of a sect known as the Irvingites, made the first claim that there would be a trance (or rapture) and the faithful would be gathered to Christ before the period of persecution. The Protestant leader John Nelson Darby picked up this view. Cyrus Ingerson Scofield picked up Darby’s views and placed them in the footnotes of his Schofield Reference Bible. This Bible was widely used in England and America and many who read it readily accepted the idea of rapture.

Since that time other views on rapture have started, but all are still based on the notion of the rapture itself.

What is the “Orthodox View?”

As Orthodox Christians, we believe in the second coming of Jesus Christ, the ensuing judgment of our sins and the resulting eternal life (in Heaven or Hell). Everything that the Bible says about a time of tribulation and suffering is accepted, but that the faithful will be present for all of it.

Christ himself tells us that all will suffer and that no one knows when he will return for judgment day.


Matthew 24:9 Then they will deliver you up to tribulation and kill you, and you will be hated by all nations for My name's sake.

Why Don’t We Believe Rapture?

First of all we have to be suspicious something that no Church taught for 1,800 years suddenly emerges. That’s not enough of a reason to simply reject it, but it does mean that it should be viewed carefully.

Without getting into complex interpretations of Scripture, here are some basic Orthodox considerations:
Is It Dangerous to Believe “Left Behind”?

Focus on the True Issue

Rather than argue over what the end will look like, we should keep in mind one unavoidable fact; we will all face judgment. Christ will examine each of us and as a result some will gain eternal life, while others will be sent to a hell of eternal torment. (John 5:29) Everything beyond preparing for Christ’s second coming (and judgment) is nothing more than a distraction. You have to ask who would benefit the most by causing us to be distracted?