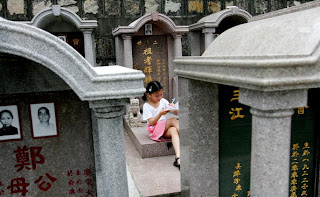 The Chinese government on Sunday officially announced the scrapping of one of the country's three "golden week" holidays and introduced three new one-day public holidays.

The plan, which comes into effect on January 1, also increases the total number of national holidays from 10 to 11 days.

Each of the three traditional festivals will be a one-day holiday, according to the plan unveiled by the State Council, or China's cabinet.

The Spring Festival remains a three-day public holiday, but it will start one day earlier from the eve of the Lunar New Year, China's most important traditional festival.

The May Day holiday is shortened from three days to one day, while the three-day National Day holiday and one-day New Year holiday remain unchanged.

The government will continue to move the weekend days adjacent to a national holiday to form a longer holiday period so that people will have three days or seven days off in a row.

The new plan contained no major revisions to the draft, which was published to solicit public opinions in early November.

But hundreds of millions of Chinese traveling at the same time made transport and tourist destinations very crowded, making these holidays far from an enjoyable experience.
at 01:37