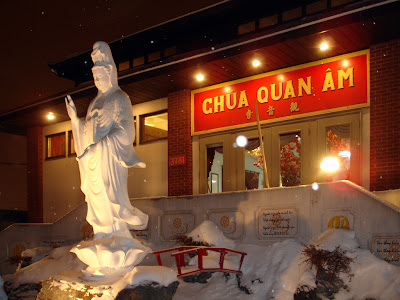 The New Year is an event that happens when a culture celebrates the end of one year and the beginning of the next year. Cultures that measure yearly calendars all have New Year celebrations.

The most common modern dates of celebration are listed below, ordered and grouped by their appearance relative to the conventional Western calendar.

Hi, I came across your blog as I was searching for images of Guan Yin and Guan Gong. Your blog is informative on topics of Buddhist religion. I'm always glad to come across blogs that covers Buddhism as I am a Buddhist myself.

It sure is informative. The site has a 2009 calendar at http://ecumenicalbuddhism.blogspot.com/2009/01/2009-buddhist-holidays.html as well.