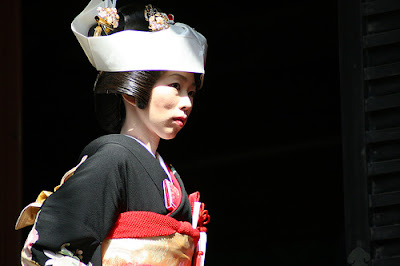 The introductions of writing in the 5th century and Buddhism in the 6th century from the Korean Peninsula had a profound impact on the development of a unified system of Shinto beliefs. In the early Nara period the Kojiki and the Nihon Shoki were written by compiling existing myths and legends into a unified account of Japanese mythology. These accounts were written with two purposes in mind: the introduction of Taoist, Confucian, and Buddhist themes into Japanese religion; and garnering support for the legitimacy of the Imperial house, based on its lineage from the sun goddess, Amaterasu. Much of modern Japan was under only fragmentary control by the Imperial family, and rival ethnic groups (including, perhaps, the ancestors of the Ainu people) continued to war against the encroachment of the Japanese. The mythological anthologies, along with other poetry anthologies like the Collection of Ten Thousand Leaves (Man'yōshū) and others, were intended to impress others with the worthiness of the Imperial family and their divine mandate to rule.

With the introduction of Buddhism and its rapid adoption by the court, it was necessary to explain the apparent differences between native Japanese beliefs and Buddhist teachings. Indeed, Shinto did not have a name until it became necessary to distinguish it from Buddhism. One explanation saw the kami as supernatural beings still caught in the cycle of birth and rebirth (reincarnation). The kami are born, live, die, and are reborn like all other beings in the karmic cycle. However, the kami played a special role in protecting Buddhism and allowing its teachings of compassion to flourish. This explanation was later challenged by Kūkai (空海, 774–835), who saw the kami as different embodiments of the Buddhas themselves. For example, he famously linked Amaterasu (the sun goddess and ancestor of the Imperial family) with Dainichi Nyorai, a central manifestation of the Buddha, whose name is literally "Great Sun Buddha". In his view, the kami were just Buddhas by another name.

Buddhism and Shinto coexisted and were amalgamated in the shinbutsu shūgō and Kūkai's syncretic view held wide sway up until the end of the Edo period. At that time, there was a renewed interest in "Japanese studies" (kokugaku), perhaps as a result of the closed country policy. In the 18th century, various Japanese scholars, in particular Motoori Norinaga (本居 宣長, 1730–1801), tried to tease apart the "real" Shinto from various foreign influences. The attempt was largely unsuccessful, since as early as the Nihon Shoki parts of the mythology were explicitly borrowed from Chinese doctrines. For example, the co-creator deities Izanami and Izanagi are linked to yin and yang. However, the attempt did set the stage for the arrival of state Shinto, following the Meiji Restoration (c.1868), when Shinto and Buddhism were separated (shinbutsu bunri).
at 00:33

Very interesting! I am really enjoying your site! :)