Welcome to Ecumenical Buddhism, a Revolution of Revelations! 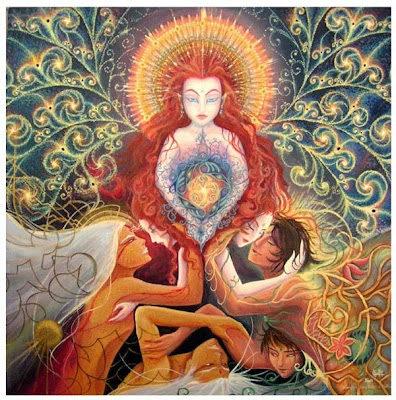 What is this?
This is a blog?


What about is it?
About the universalism of Buddhism and its connections to other religion.


What is his point?
Later this year I will start by blogging about Buddhism, introducing it to the reader and comparing in to Christianity (and other varied religions of East and West alikes). Then I will later introduce Taoism and Confucianism, showing how these 3 faiths are each one third of the Chinese Folk Religion and always have been. I will also show how the Jewish messias, the Christ, Jesus bin Joseph, is also the fulfillment of Taoism. In years to come I will introduce Christianity to the Buddhists and Taoists, and show how our Faiths are more similar than it appear at first glancings.


Why is it the name?
Eccumenical Budhism is showing that Buddhism is the same path in all jurisdictions/denominations not only of Buddhists, but also the royal path, the middle path of orthodox, catholic, apostolic Christianity and that Jesus bin Joseph is right to be called by the name of a Buddha. "That All May Be One in the One Truth. Amen!"


How will it meets the end?
I will copy and paste the article Internet from and add to them, always providing a link to the original source in the title links. Will try to link to books quoted from so you can buy the and research this points yourselfs too! Much will not be original here but freely sharing knowledge on this important subjects of of world and the world of spirit above and below!
Anythings else?
We celebrate the great April Foolsday Festival here. Every 1 April will be a joke blog. Do you know it already? I hope I fool you with proper edifying jokes!
at 02:07 1 comment: