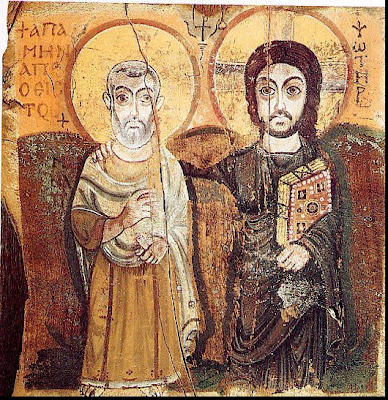 Icons: A Lesson in Humility

The painting of Orthodox icons is an exercise in humility, says artist Lino Wong Wing-kuen, and one rooted in an artist’s spirituality. One does not earn fame for such work, nor even public recognition. The rewards are private, but no less compelling.

Wong, 43, is one of the few Chinese iconographers in the field.

“One cannot sign any signature on Orthodox icons. Unless you are a master recognized by the Church, you can only imitate predecessors, which runs contrary to an artist’s mandate to be creative.”

Calling himself an “instrument of God,” Wong says he does not feel proud to be an iconographer but thinks it is “more meaningful to be humble” after he learned about the Orthodox icon’s high status in Christianity as an object before which people worship and pray.

The Hong Kong-born artist began painting as a child, inspired to pursue the art after receiving his first sketch book as a gift from his sister on his 10th birthday.

As a student of architecture at university, he had his first contact with Italian art. Later he decided to pursue his studies in Italy to better understand Western civilization.

Wong studied at an art academy in Florence, where he was invited to paint icons by the nuns in a Church where he was housed. This invitation began his quest for faith and he was baptized in 1994.

His teachers in iconography included a Greek monk.

“I learned traditional techniques from him. After about 20 days, he told me, ‘You are not an Orthodox Christian. You can never draw a good Orthodox icon.’”

Wong said the monk’s words surprised him at the time but that he has since learned their true meaning.

“The icon is their traditional art. There is an in-born feeling to it. If you do not belong to that religion, you can hardly understand why the icons are so important to them.”

Wong says Chinese artists actually have an advantage in iconography because they pay more attention to details.

He says, nonetheless, that he has yet to be satisfied because even painting on the same theme repeatedly, he finds something different each time.

“It may be something that I could not do before but this time I could do it. I feel miraculous. It seems that God is painting together with me.”

Now an immigrant to Italy, Wong feels that he has a mission to help the Chinese better understand iconography.

He concluded an exhibition in Hong Kong late last month, where he displayed 26 icons that he painted since 2004.

“There is no specific spirituality for icons. The audience only needs to be attentive to what they see. Nothing then will obstruct them from getting close to faith.”