Spread the Love and Enlighten the World 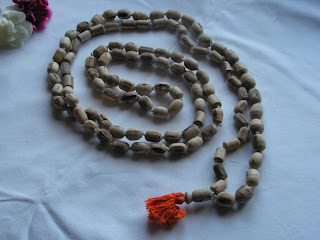 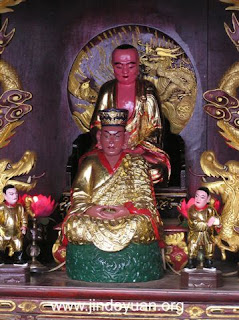 This is the birthday of the celestial emperor also known as the Official of Water or the God of Water. According to Taoist cosmology the three primary elements of the universe are Heaven, Earth and Water. There are three celestial officials/emperors governing these realms and they are; the emperor of Heaven, emperor of Earth and the emperor of Water. There are three festivals, at different times of the year that celebrate the wonders associated with these celestial emperors. San Yuan – known as the lantern festival, JungYuan – known as the hungry ghost festival and of course, Xia Yuan.

It is commonly believed that the emperor or official of the waters was charged with the movement and flow of the seas, streams, brooks, rivers and rain but also to address the aspect of human sin and alleviating the hardships incurred by the average person. To pay their respects people will provide offerings to the emperor of the Waters during the Xia Yuan festival. By praying to him on this day, in a sincerely remorseful way, it is suggested that all your sins and misfortunes can be deleted from the ‘spiritual records’ and you are free to turn over a new leaf.

This festival is not that well known and is a traditional Taoist celebration held in the latter part of the year. It is therefore selected to perform the Hsieh Ping An – Thanksgiving for safety and well being ceremony in the local temples to show gratitude to the gods for the safe year and good harvests. We all know the benefit of being grateful for what you have.

Each member of the community is able to participate in this ceremony. It is expected that each man provide an amount of ‘Ting Ah’ (money) and every woman ‘Ban Ting’ (half the amount of money) as a contribution towards the Hsieh Ping An ceremony and its associated activities. It is the opportunity to present and reinforce the solidarity through the bonds of the earth, the temple and the celestial beings.

In the Taoist temples, the ceremony of ‘Hsieh Ping An’ is held to offer sacrifices. Hsieh Ping An also called Hsieh Dong meaning ‘thanksgiving in winter’, is the most cheerful and exciting activity in the community at that time of the year. Generally, theatre groups will come to the temple forecourt and produce their plays over the course of several days. At night street vendors will set up stalls around the temple forming a temporary night market providing varying types of recreational activities. It is for celebrating the good harvest and relaxing after a hard years work.
at 14:07 No comments: