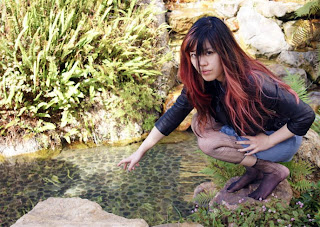 From time to time, I enjoy reading George J. Tanabe’s collection of essays in Religions of Japan in Practice

. Because the essays are short (about 10 pages on average), you can see a small easy to read window to various aspects of Japanese religion not covered in mainstream sources. One article I enjoyed reading particular was about the reaction by the Buddhist establishment in the Meiji Period

to Edict 133, the new Nikujiku Saitai Law (肉食妻帯) where the government stated that Buddhist monks were no longer forbidden to eat meat or marry. This was passed by the new Meiji government

According to the article, during the earlier Edo Period

on the clergy, though often when they did, it was brutal and sporadic. The Meiji goverment, by contrast, favored the native Shinto religion over Buddhism, and sought to weaken the Buddhist institutions of the time, hence the law to secularize the clergy (i.e. make them no different than lay people). Buddhist reaction was mixed, but many prominent Buddhists at the time protested the new law.

One priest, who used the pen name Uan Dōnin, a respected Soto Zen

(1821-1910) wrote a powerful treatise called the Dan sōryo saitai ron, a refutation of clerical marriages. What interested me about this paper is that it provides a pretty solid defense of the Buddhist attitude toward sex, which I admit I’ve sometimes felt at odds with. It defends its stance against Confucian thought

at the time with some deft logic. So, I wanted to post a couple excerpts here for reflection. The questions comes from critics, while Uan Dōnin refutes them:


Question: In Heaven and Earth there are yin and yang

. Accordingly, humans are male and female, husband and wife. Why do the Buddhists proscribe that which follows natural law? Those who disobey the law of nature will become obsolete, but those who accord with teh law of nature prosper. Is that now why the celibate schools grew weaker daily and the schools that allow marriage grow more prosperous monthly?

Answer: You understand superficial worldly principals, but you do not understand the profound principles of heaven and earth. Excessive sexual desire harms the body, wrecks the family, and destroys the nation. Licentiousness originally arises from covetousness. When covetousness arises, inevitably greed, hate and delusion, and all the defilements also arise…


The prohibition against marriage is aimed solely at “home-leavers.” It is not an exhortation for all sentient beings to leave home. In Buddhism there are four groups of disciples and precepts appropriate for each of the seven assemblies: monks, nuns, male novices, female novices who receive the six precepts, female novices, laymen and laywomen.

Then, he really brings it home:


Such expressions as “not having children is unfilial [to parents],” or “it is natural law of yin and yang” and so forth, are excuses used by hedonists. In fact, insuring posterity is rarely the aim of licentious behavior. Married men who visit prostitutes contract syphillis and transmit the disease to their wife and children. Does one visit prostitutes in order to have children or because of the principle of yin and yang. Sometimes one who is overwhelmed by sexual desire will even desert his wife who has borne him children. Or a wife and concubine will become jealous of each other, resulting in murder by poisoning or a knifing. Or a double love suicide occurs. Can we say that these occurrences are due to the heavenly principles or that these actions arise out of filial concern for having descendants?

At times when I doubted Buddhism strongly, I found myself going back over and over to the idea of natural instinct, biology and such. To me, it seemed like if this is natural, why should Buddhism approach sex the way it does, especially with regard to clergy? Then I thought about it another way. Biologically and instinctively, I like eating steak. Steak is fatty, salty and maybe sweet too. It’s natural to like steak, and to want to eat more. However, if I just give into my ingrained instinct and eat whenever I want, I will gain a lot of weight, have heart trouble and so on. Of course, there are ethical and environmental issues as well, but people don’t always consider ethical or environmental issues when they’re really hungry. In any case, there are very practical reasons for not indulging my gastronomic appetite just because it’s there.

In the same way, as Dōni describes above, when people have an unbalanced or excessive sexual desire, they inflict very real problems on themselves and those around them. So, for steak or sex or whatever, enjoying it responsibly and in moderation is reasonable. If someone were to decide to cut out steak altogether, then they can only benefit from it, even if they miss steak from time to time. With monogamy, one also benefits from it, even if they miss it from time to time. This is even more true with abstinence and celibacy.*

Regarding the human population, Dōni refutes another question:


Question: If people are made to uphold all the Buddhist precepts, won’t this mean the extinction of humanity?

Answer: You should not worry too much about this. Even if one thousand Buddhas were to appear in the world and to preach the Buddhist precepts, is it possible that they would make all sentient beings adhere to all the precepts, thereby causing the extinction of humanity?

Eerily enough, I’ve seen this question posed in recent discussions on a certain Buddhist forum too. Funny how history repeats itself.


Question: Why is it that those who serve the Buddha emphasize celibacy?

" priests] are supposed to devote themselves to celibacy as well…Because human beings were born from the impurity of sexual relations, they only understand the impurity of sexual relations; they do not understand the pure essence [of all things]…They resemble insects who, because they are born in stagnant water, think that the original essence of water is stagnancy. The insects have not the slightest inkling of the essential purity of water.

The heavenly kami appeared at the beginning of Heaven and Earth so their love of purity is a necessity. Has not the Buddha taught that in the heavenly realms, the gods experience pleasure by different means — through intercourse, an embrace, the touch of hands, a smile, or a look? As one ascends, lust correspondingly weakens.

Here, the last answer is interesting because Dōni is playing to the Shinto crowd and to native Japanese cultural creation myths, rather than a “stock” Buddhist answer. However, he gets the point across the same way: that love transcends physical gratification, and that humans don’t know better.

Some of these questions and answers may seem strange to Western readers here in the 21st century, but I find it very enlightening for myself, seeing people ask the same kinds of questions I have asked in the past, and to see answers I wouldn’t have thought myself. A different perspective is always a good way to learn things.

*Yeah, I know that it’s much harder to give up sex than steak. I’m just saying that not having to worry about diseases, the risk of pregnancy however small, awkward relationships and so on is a reward too. It’s not for everyone, but that’s why Dōni is quick to point out that in Buddhism there is a diversity of disciples.
at 02:19