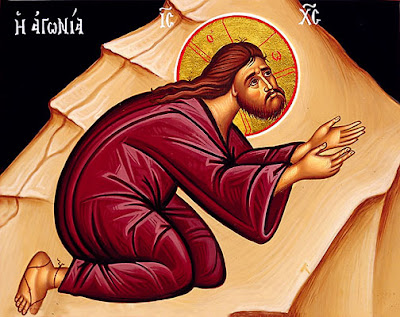 In the Roman Rite

(pre-1970 form), and in similar Anglican and Lutheran uses, a pre-Lenten season lasts from Septuagesima Sunday until Shrove Tuesday

and has thus also been known as Shrovetide. The form of the Roman Rite that includes this special period of 17 days refers to it as the season of Septuagesima

. The liturgy of the period is characterized by violet vestments (except on feasts), the omission of the Alleluia before the Gospel

, and a more penitential mood. Fasting does not commence until the beginning of Lent on Ash Wednesday.

The earliest the Pre-Lenten season can begin is January 18 and the latest it can end is March 9.
The new liturgical books created after the Second Vatican Council

Sundays. In these, the period encompassing them became part of Ordinary Time, and because of this, the use of violet vestments and omission of "Alleluia" in the liturgy do not start until Ash Wednesday. The traditional liturgical books, such as the Missal of John XXIII

and the Roman Breviary

, however, continue to include the Septuagesima season.

Most provinces of the Anglican Communion adapted the same modern change. In the Church of England

these Sundays retain their original designations where the Prayer Book Calendar is followed, but in the Common Worship Calendar

they have been subsumed into a pre-Lent season of variable length, with anything from zero to five "Sundays before Lent" depending on the date of Easter. Churches in the Continuing Anglican movement that use the traditional Book of Common Prayer

(or the various missals based upon it) also observe Septuagesima. Many Lutherans still celebrate this season.

A version of the season

, and is known as Triódion

(although it is only 15 days long and not 17 since the Eastern Orthodox Lent commences on a Monday instead of a Wednesday).

In the Eastern Orthodox Church and those Eastern Catholic Churches which follow the Byzantine Rite, the pre-Lenten season lasts three weeks, beginning on the Sunday of the Publican and the Pharisee

and continuing through the Sunday of Forgiveness

(the day before the beginning of Great Lent). Since the liturgical day begins at sunset, and Great Lent begins on a Monday, the point at which Great Lent begins is at Vespers on the night of the Sunday of Forgiveness, with a "Ceremony of Mutual Forgiveness" (in some monasteries, this ceremony is performed at Compline instead of Vespers). Thus begins the first day of the Great Fast, which is known as Clean Monday. The weeks of pre-Lent and Great Lent are anticipatory by nature; they begin on Monday and end on Sunday, each week being named for the theme of the upcoming Sunday. The hymns used during the Pre-Lenten and Lenten seasons are taken from a book called
the Triodion.

The weeks of the Pre-Lenten Season break are: