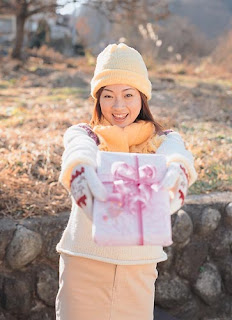 White Day (ホワイトデー, Howaito dē) is a day celebrated in Japan on March 14, one month after Valentine's Day. It is also observed in South Korea, Taiwan and China

's Day is observed by females who present chocolate gifts (either store-bought or handmade), usually to a male, as an expression of love, courtesy or social obligation. A handmade chocolate is usually preferred by the receiver, because it is a sign that the receiving male is the girl's "only one". On White Day, the converse happens: males who received a honmei-choco (本命チョコ, "chocolate of love") or giri-choco (義理チョコ, "courtesy chocolate") on St. Valentine's Day are expected to return the favor by giving gifts, usually more expensive. Traditionally, popular White Day gifts are cookies

. Sometimes the term sanbai gaeshi (三倍返し, literally, "thrice the return") is used to describe the generally recited rule that the return gift should be two to three times the cost of the Valentine's

White Day is also observed in South Korea with the men paying back women who have given them chocolate on St Valentine's Day with candy instead of chocolate, with an additional later Black Day observed for those sharing singleness

White Day was first celebrated in 1978 in Japan. It was started by the National Confectionery Industry Association

(全国飴菓子工業協同組合) as an "answer day" to Valentine's Day on the grounds that men should pay back the women who gave them chocolate and other gifts on Valentine's Day. In 1977, a Fukuoka

Soon thereafter, confectionery companies began marketing white chocolate. Now, men give both white and dark chocolate, as well as other edible and non-edible gifts, such as jewelry or objects of sentimental value, or white clothing

like lingerie, to women from whom they received chocolate on Valentine's Day one month earlier. If the chocolate given to him was giri-choco, the man, likewise, may not be expressing actual romantic interest, but rather a social obligation.

J-List is a peaceful island of Japanese pop culture for you
at 02:24