Q&As on the GeoPolitics of Russia, Japan, China, Taiwan, and Korea 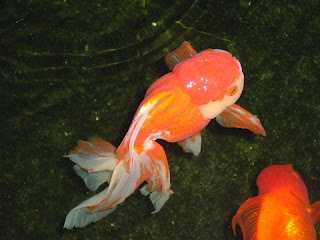 Question: Feb. 7 was Northern Territories Day in Japan, right? Why that day in particular?

Answer: Because Feb. 7 is the anniversary of the signing of an 1855 friendship treaty between Imperial Russia

government. Under this treaty, the border between the two countries was set between the islands of Etorofu and Urup. The Northern Territories -- Etorofu, Kunashiri, Habomai, and Shikotan islands -- are now under Russian control, and the 1855 treaty forms the root of Japan's argument for reclaiming them.

. The Japanese government established Northern Territories Day in 1981, to stir up public support for the islands' return.

Q: What has Russia said in response to the Japanese claim?

A: The official stance of the Soviet Union

was that there was no dispute over the Northern Territories. However, the new Russian government that emerged from the ruins of the Soviet Union in 1993 agreed to settle the question of sovereignty over the islands in the bilateral "Tokyo Declaration." That is, Russia agreed that there was in fact a sovereignty dispute.


Q: Okay. But hasn't the Japanese government insisted there is no territorial dispute over the Senkaku Islands

in Okinawa Prefecture? China certainly seems to think there is.

A: That is very true. China and Taiwan

both claim the Senkakus, hoping to gain control of the natural resources around the islands. However, Japan has denied there is any sovereignty question, saying the country does not have any territorial quarrels with its neighbors.

Q: So, how do we tell if there is or is not a sovereignty dispute over a certain area, officially speaking?

A: Well, if the territory in question is currently under Japanese control, then there's officially no dispute. That, as far as Japan is concerned, is where you draw the dividing line.

For example, at the moment the Senkaku Islands are uninhabited, but they are privately owned and are therefore subject to Japanese asset taxes. Furthermore, the seas around the islands are patrolled by the Japan Coast Guard as Japanese territorial waters. In these ways, as well as under the law, Japan has actual control of the Senkakus. Therefore, Japan insists there is no question of sovereignty over those islands.

On the other hand, the Northern Territories are under actual Russian control, in defiance of Japanese claims, and therefore there is a sovereignty question. The same holds for Takeshima Islands

in Korean, which Japan considers a part of Shimane Prefecture

but which are host to a permanent Korea Coast Guard presence, effectively putting it under South Korean control

In short, the Japanese government

demands recognition of sovereignty claims -- both from the other government involved and in the realm of international public opinion -- when the relevant territory is under the control of another state, such as Takeshima

and the Northern Territories. If, however, the disputed territory is held by Japan, then the Japanese government does not admit of any questions of sovereignty.

Q: Will these conflicts ever be resolved?

A: There are examples of successful political resolutions to territorial disputes, such as a 2004 agreement between Russia and China

that divided the land in question between the two countries and fixed a mutually acceptable border. Any territorial dispute could be a tricky one to settle, tangled up as it is with national sentiment and resource concerns. However, if a resolution is to be achieved, it will come through diplomatic perseverance.

J-List is a peaceful island of Japanese pop culture for you
at 02:23