What is Frankincense and Where Does it Come From? 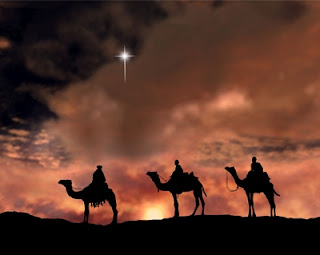 On the Frankincense Coast of Oman—as a child, I dutifully sang the lyrics to "We Three Kings"

every holiday season. For anyone lacking a proper parochial school upbringing, these biblical Magi, guided by a star to Bethlehem from the East, brought gifts of gold, frankincense, and myrrh to the Baby Jesus. Like many children of the soybean fields where I was raised, I had seen gold, I pictured frankincense as something regal and perhaps jewellike, and I dismissed myrrh as a spelling mistake.

The Bible does not disclose the originating point of the three kings. Historians venture that they might have come from Yemen, Iraq, or Iran. Chinese Christians believe they came from China, of course. Compelled in large part by childhood curiosity, I discarded the issue of the kings' provenance and set out instead in search of frankincense, or luban, as it is called in Arabic. I didn't have to go far. I was already in Muscat, the capital of Oman, a tiny sultanate on the Arabian Peninsula.

Frankincense is the very scent of Oman, deeply entrenched in the culture, burned as incense in homes and offices, added to perfumes, and used for medicinal purposes to ease everything from inflamed joints to congestion and anxiety. A traffic circle near the old stone city gates in Muscat features a gigantic incense burner in the middle. People even chew frankincense to freshen their breath and strengthen their teeth. I asked a dozen Omanis to tell me straight-up if they liked the smell, which is both woodsy and fruity, and ancient, which can describe a lot of smells, including my grandmother snapping Juicy Fruit gum in front of a campfire. It also is the scent of Catholic Mass

In ancient Oman, frankincense was one of the most important trade items in the Mediterranean region. The old port city of Khor Rori near Salalah is part of a UNESCO World Heritage site that includes other archaeological wonders along the Frankincense Coast of the Dhofar region of Oman. This is where donkeys and camels brought bags of frankincense resin to waiting ships for transport to Mesopotamia, India, and China. Khor Rori dates at least to 300 B.C. and flourished until the fourth century A.D. The old sea gate leading from the stone fortress remains, opening onto a sandy path where the frankincense was set on its journey, a luxury item fit for royalty. Biblical scholars believe this is one of the reasons frankincense was chosen as a gift for the Christ child. Frankincense and myrrh, also a resin that comes from a tree, were used as perfumes and anointing oils, and these lands of Oman are referenced in both the Bible

In a dim cave in the mountains of Jebel al Qamra, not far from the Yemen border, I got the real story from a kindly, smooth-faced Muslim named Mohammed Mahaad Saheel bin Baafee. I asked why the wise men might have brought frankincense to Jesus. "To ward off evil spirits and snakes," he told me in Arabic. Plausible? Indeed.

For generations, Mohammed's family has tapped frankincense resin from the trees on their tribal land, scarred, rocky mountain faces that drop to the emerald waters of the Arabian Sea, offering expansive vistas of some of the most beautiful and desolate landscape in the world.

On a hot, dry day in December, Mohammed took me on a scraggly walk through his frankincense trees, a species called Boswellia sacra. These trees are also found in Yemen and Somalia. The conditions of the southern Oman coast are ideal for growing frankincense trees, which can reach 16 feet in height. Monsoon rains during the summer months and hot, desert conditions during the rest of the year help produce what is considered some of the finest and most expensive frankincense in the world. A 3.36-ounce bottle of Omani Amouge perfume

with frankincense costs about $350.

To collect resin, Mohammed uses a metal blade to nick the tree, allowing droplets of white, milky sap to bleed slowly onto the bark. He will return in 10 days to collect the gum resin, which will have started to harden. The resin pellets are then spread on the ledge of a cave for four months to dry more completely, forming rocks that are sorted by hand.

Silver, clear frankincense is the highest quality grade, and it is usually reserved for the Great Leader, making it difficult for Westerners to acquire. Brown, muddy frankincense is the cheapest and most widely available. The bigger and whiter the rock, the better. Omanis harvest frankincense twice a year and believe that frankincense resin from the fall, after the summer rains, is the best.

This new knowledge of frankincense is a tricky thing. Like the frankincense itself, it must be weighed carefully and used selectively. A few years ago I worked briefly on a cranberry bog in Massachusetts. That Thanksgiving, I growled whenever a family member nonchalantly passed up my homemade cranberry sauce. Do you know what went into gathering those berries? Do you have any idea?

I don't want to be that person at Christmas, the one who launches into an exhaustive explanation of the origins of frankincense. Or the aunt whose reporting in the Middle East will lead her to assure her Catholic-schooled nephews that Adam and Eve

more likely fell from grace because of an apricot and not an apple, in spite of what their teacher said.

I don't want to be the one who takes the mystery out of the Magi. Then again, it's still not clear where they came from, even if I can now picture the bags of resin in a pouch, hanging from the side of a camel, marching across the desert.
at 00:27