Christian Pascha and Jewish Pascha in the New Testament 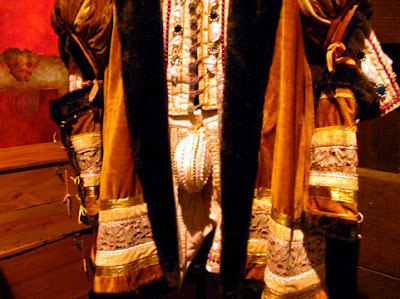 The meaning of "Πάσχα" in modern Greek is undisputed. The primary meaning of "Πάσχα" is "Easter" and the secondary or qualified meaning is "Passover". The following equivalencies can be confirmed through Greek/English dictionaries or free online translators such as Google Translate:

In modern Greek, "Pascha" does not automatically mean the Jewish Passover unless the term is qualified as the εβραϊκό Πάσχα (Hebrew Pascha) or the Πάσχα των ιουδαίων (Pascha of the Jews). Many other languages follow the modern Greek meaning of "Pascha":

In these languages, “Pascha” could refer to either “Easter” or “Passover” depending on context or a modifier. In French, for example, Easter is “Pâques” and Passover is “Pâques de Juifs” (“Pascha of the Jews”).

There is no doubt that "Πάσχα" means "Easter" in modern Greek. The charge, however, is that "Πάσχα" did not mean "Easter" until centuries after the composition of Acts 12:4. This is not true. In the Gospel of John there is already a distinction being made between the Christian Pascha and the Jewish Pascha. Passover in modern Greek is "Πάσχα των ιουδαίων" (Passover of the Jews). We see this same phrase already in the time of John the Apostle:

The fact that John writes, "Jews’ Pascha" indicates that there was a need to qualify the word "Pascha." Eusebius' testimony is clear that the Apostles were already celebrating the "Savior's Pascha":


"A question of no small importance arose at that time. For the parishes of all Asia, as from an older tradition, held that the fourteenth day of the moon, on which day the Jews were commanded to sacrifice the lamb, should be observed as the feast of the Saviour's πασχα. It was therefore necessary to end their fast on that day, whatever day of the week it should happen to be. But it was not the custom of the churches in the rest of the world to end it at this time, as they observed the practice which, from apostolic tradition, has prevailed to the present time, of terminating the fast on no other day than on that of the resurrection of our Saviour." (Church History

The controversy among Christians which Eusebius talks about was concerning the date of the "Savior's Pascha." Regardless of the date, however, Christians were all celebrating the "Savior's Pascha," which is the celebration of the death and resurrection of the Savior - Easter. By the time of the Apostles, "Pascha" had come to mean "Easter" to Christians. "Pascha" meant "Passover" only to the Jews or to anyone specifically referring to the Jewish celebration.

Originally, Passover and Easter fell on the same day. It was only in the aftermath of the Quartodecimanist controversy that Passover and Easter came to be celebrated on different days. In passages prior to Christ’s resurrection, the KJV translates “Pascha” as “Passover” because the disciples were still celebrating the Jewish festival. After Christ’s resurrection, however, the KJV translates “Pascha” as “Easter” because the disciples were celebrating the Christian celebration of the resurrection. The only times the KJV translates “Pascha” as “Passover” after the resurrection are in 1 Corinthians 5:7 and Hebrews 11:28. In 1 Corinthians 5:7, the word "passover" refers to the passover lamb rather than the day of the year, so it is correctly translated "passover". In Hebrews 11:28, the narrative refers retrospectively to Moses' conduct, which was before the resurrection, so the word is properly translated "passover".