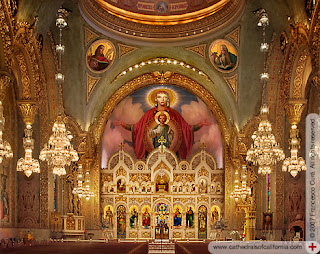 Sophia (Σοφíα, Greek for "wisdom") is a central term in Hellenistic philosophy and religion

, as well as Christian mysticism

(and, it is likely, the older tradition of Pythagoras

, or, literally, the love of Wisdom

. In that work, the leaders of the proposed utopia are to be philosopher kings: rulers who love sophia, Wisdom.
Sofya is one of the four cardinal virtues of Plato's Protagoras

The Pythian Oracle (Oracle of Delphi

) reportedly answered the question of "who is the wisest man of Greece?" with "Socrates!" Socrates defends this verdict in his Apology

to the effect that he, at least, knows that he knows nothing. As is evident in Plato's portrayals of Socrates, this does not mean Socrates' wisdom was the same as knowing nothing; but rather that his skepticism towards his own self-made constructions of knowledge left him free to receive true Wisdom as a spontaneous insight or inspiration. This contrasted with the attitude of contemporaneous Greek Sophists

, who claimed to be wise and offered to teach wisdom for pay.

Sophia is adopted as the term in the Septuagint

for Hebrew חכמות Ḥokmot. In Judaism, Chokhmah appears alongside the Shekhinah, 'the Glory of God

', a figure who plays a key role in the cosmology of the Kabbalists as an expression of the feminine aspect of God. It is a central topic in the "sapiential

" books, i.e. Proverbs, Psalms, Song of Songs, Ecclesiastes, Wisdom of Solomon, Ecclesiasticus, and to some extent Baruch (the last three are Apocryphal/Deuterocanonical books of the Old Testament

. Also influenced by Stoic philosophical concepts, he used the term Logos for the role and function of Wisdom, a concept later adapted by the author of the Gospel of John in the opening verses and applied to Jesus Christ as the eternal Word (Logos

) of God the Father.

) describes an aspect of God, or the theological concept regarding the wisdom of God.

Jesus directly mentions Wisdom in the Gospel of Matthew


The Son of man came eating and drinking, and they say, Behold a man gluttonous, and a winebibber, a friend of publicans and sinners. But wisdom is justified of her children.

Paul sets worldly wisdom against a higher wisdom of God:


But we speak the wisdom of God in a mystery, even the hidden wisdom, which God ordained before the world unto our glory.

The Epistle of James (James 3:13-18; cf. James 1:5) distinguishes between two kinds of wisdom. One is a false wisdom, which is characterized as "earthly, sensual, devilish" and is associated with strife and contention. The other is the 'wisdom that comes from above':


But the wisdom that is from above is first pure, then peaceable, gentle, [and] easy to be intreated, full of mercy and good fruits, without partiality, and without hypocrisy.

In the mystical theology of the Eastern Orthodox Church, Holy Wisdom

is understood as the Divine Logos

is the highest wisdom and is to be sought more than any other virtue. It is humility that cultivates not only the Holy Wisdom, but humility (in contrast to knowledge) is the defining quality that grants people salvation and entrance into Heaven. The Hagia Sophia

or Holy Wisdom church in Constantinople was the religious center of the Eastern Orthodox Church for nearly a thousand years.

In the liturgy of the Orthodox Church, the exclamation "Sophia!" or in English "Wisdom!

" will be proclaimed by the deacon or priest at certain moments, especially before the reading of scripture, to draw the congregation's attention to sacred teaching.

The concept of Sophia has been championed as a key part of the Godhead by some Eastern Orthodox religious thinkers. These included Vladimir Solovyov

whose book Sophia: The Wisdom of God

is in many ways the apotheosis of Sophiology. For Bulgakov, the Sophia is co-existent with the Trinity, operating as the feminine aspect of God in concert with the three masculine principles of the Father, the Son, and the Holy Spirit

rejects Solovyev and Bulgakov's teachings as error. Lossky states that Wisdom as an energy of God

(just as love, faith and grace

are also energies of God) is not to be ascribed to be the true essence of God, to do so is to deny the apophatic and incomprehensibility of God as God's essence. This is contrary to the official view of the Orthodox Church, where Bulgakov's work was denounced by the Russian Orthodox

celebrated Sophia as a cosmic figure in both her writing and her art.

Within the Protestant tradition in England, Jane Leade

, 17th-century Christian mystic, Universalist, and founder of the Philadelphian Society, wrote copious descriptions of her visions and dialogues with the "Virgin Sophia

" who, she said, revealed to her the spiritual workings of the Universe.

, who also speaks of the Sophia in works such as The Way to Christ

. Jakob Böhme was very influential to a number of Christian mystics and religious leaders, including George Rapp

and the Harmony Society

Sophia can be described as the wisdom of God, and, at times, as a pure virgin spirit which emanates from God. The Sophia is seen as being expressed in all creation and the natural world as well as, for some of the Christian mystics mentioned above, integral to the spiritual well-being of humankind, the church, and the cosmos. The Virgin is seen as outside creation but compassionately interceding on behalf of humanity to alleviate its suffering by illuminating true spiritual seekers with wisdom and the love of God.

In Gnostic tradition, Sophia is a feminine figure, analogous to the human soul but also simultaneously one of the feminine aspects of God. Gnostics held that she was the syzygy of Jesus Christ (i.e. the Bride of Christ), and Holy Spirit of the Trinity. She is occasionally referred to by the Hebrew equivalent of Achamōth (Ἀχαμώθ) and as Prunikos (Προύνικος). In the Nag Hammadi

texts, Sophia is the lowest Aeon, or anthropic expression of the emanation of the light of God. She is considered to have fallen from grace in some way, in so doing creating or helping to create the material world.

Almost all Gnostic systems of the Syrian or Egyptian type taught that the universe began with an original, unknowable God, referred to as the Parent or Bythos, or as the Monad by Monoimus

. It can also be equated to the concept of Logos in stoic, esoteric, or theosophical terms (The 'Unknown Root') as well as the Ein Sof of the Kabbalah

and Brahman in Hinduism

. From this initial unitary beginning, the One spontaneously emanated further Aeons, being pairs of progressively 'lesser' beings in sequence. Together with the source from which they emanate they form the Pleroma, or fullness, of God, and thus should not be seen as distinct from the divine, but symbolic abstractions of the divine nature. The transition from the immaterial to the material, from the noumenal to the sensible, is brought about by a flaw, or a passion, or a sin, in one of the Aeons.

In most versions of the Gnostic Mythos

, it is Sophia who brings about this instability in the Pleroma

, in turn bringing about the creation of materiality. Thus a positive or negative view of the world depends a great deal on the interpretations of Sophia's actions in the Mythos. According to some Gnostic texts, the crisis occurs as a result of Sophia trying to emanate without her syzygy or, in another tradition, because she tries to breach the barrier between herself and the unknowable Bythos. After cataclysmically falling from the Pleroma, Sophia's fear and anguish of losing her life (just as she lost the light of the One) causes confusion and longing to return to it. Because of these longings, matter (Greek: hylē, ὕλη) and soul (Greek: psychē, ψυχή) accidentally come into existence. The creation of the Demiurge

") is also a mistake made during this exile. The Demiurge proceeds to create the physical world in which we live, ignorant of Sophia, who nevertheless manages to infuse some spiritual spark or pneuma into his creation.

In the Pistis Sophia

, Christ is sent from the Godhead in order to bring Sophia back into the fullness (Pleroma). Christ enables her to again see the light, bringing her knowledge of the spirit (Greek: pneuma, πνευμα). Christ is then sent to earth in the form of the man Jesus to give men the Gnosis needed to rescue themselves from the physical world and return to the spiritual world. In Gnosticism, the Gospel story of Jesus is itself allegorical: it is the Outer Mystery, used as an introduction to Gnosis, rather than being literally true in a historical context. For the Gnostics, the drama of the redemption of the Sophia through Christ or the Logos is the central drama of the universe. The Sophia resides in all of us as the Divine Spark

In the Nag Hammadi

's On the Origin of the World, Sophia is depicted as the ultimate destroyer of this material universe, Yaldabaoth and all his Heavens:


She [Sophia] will cast them down into the abyss. They [the Archons

] will be obliterated because of their wickedness. For they will come to be like volcanoes and consume one another until they perish at the hand of the prime parent. When he has destroyed them, he will turn against himself and destroy himself until he ceases to exist. And their heavens will fall one upon the next and their forces will be consumed by fire. Their eternal realms, too, will be overturned. And his heaven will fall and break in two. His [...] will fall down upon the [...] support them; they will fall into the abyss, and the abyss will be overturned. The light will [...] the darkness and obliterate it: it will be like something that never was.

There is a higher way and it is not about punishment and damnation. It is about wisdom and the spirit. Thanks for the article. http://thinkunity.com