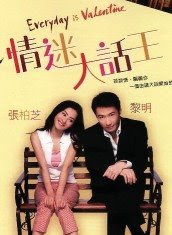 The Qingming Festival (aka Tomb-Sweeping Day) is, for the first time, a national holiday this year.

Today's China Daily features a profile of the man who was instrumental in giving us all the day off on Friday. Chen Jing, a professor with Nanjing University,

Two years ago, on a trip to sweep the family tomb located in another city, Chen found himself in a train full of people carrying paper money and chrysanthemums, preparing to visit graves.

But he noticed that most of these were elderly, since young people were still at work that day. Chen immediately took a vote in the carriage and found that almost everyone supported making Qingming a national holiday.

He later found that the elderly thought it necessary to include young family members in the festival's activities, while working people also wanted the chance to honor their ancestors....

"Only when everyone cares about the preservation of our folk culture can our cultural heritage be restored," he said.

Other academics have suggested that the restoration of folk culture needs to reach even further back, to the true origins of the Qingming: a matchmaking festival.

On 30 March, the Shanghai Morning Post ran an article that quoted Zhu Xuqiang, a PhD in the history department at Shanghai Normal University, on the topic of a line from the Rites of Zhou (周礼): "In the second month of spring, men and women can meet, and they are not prohibited from eloping."

Zhu told the reporter that this was not a "breakdown in morals," but rather a widespread folk custom. The custom of encouraging young men and women to get together in the springtime still exists among some minority ethnic groups in the southwest who hold a "3-3 Song Festival" on the 3rd day of the third month, where men and women sing and dance. We all know of the famous "call and response songs" of some ethnic groups, and those are meant to help people find a mate.

...Zhu said that the tomb sweeping custom was added to the Qingming menu rather late, and it was more common in the south; veneration of ancestors took place at the winter solstice in the north. This means that Qingming tomb sweeping may have been a custom unique to a particular region, and only later gradually spread to other places. In the process, there were many changes to the festivals clustered around the 3rd day of the 3rd lunar month, so that now it's hard to believe that Qingming for the ancients was a wonderful day of bathing and private trysts.

That story got less play in the national media than one that appeared two days later in the Chongqing Times. Xiong Du, a professor of ancient verse in Chongqing who was consulted for the report, quoted the same passage as Zhu Xuqiang, although the newspaper cites the Classic of Rites (礼记) instead.

Xiong lauds the perspicacity of the ancients in their outlook on the cycle of birth and death; as they paid their respects to their departed ancestors, they found time to bring single people together so that decendants could one day carry on the family. He concludes: "We could draw from those customs and turn the Qingming Festival into a joyous holiday!"

Yu Lisheng, a freelancer in Jiangsu Province, wrote in to The Beijing News to argue that China doesn't need another Valentine's Day:

As times have changed, honoring ancestors has become equated with the Qingming Festival in the minds of many people. "This reading is too narrow. According to the Classic of Rites, the Qingming Festival should be a great time for encouraging men and women to be romantic!" Noted Chongqing scholar and professor of ancient verse Xiong Du wants to "restore the true face" of Qingming for the city's residents.

China really has a lot of "love festivals"! There's Valentine's Day, carried over from the west, which occurs every 14 Feburary. And on Qi Xi (7th day of the 7th lunar month), which is said to be the day that the cowherd meets the weaver girl, is a traditional Chinese "lover's day." This year, Xiamen University professor Chen Pei'ai said that the Lantern Festival is another Chinese "lover's day." And then we come to Qingming and professor Xiong Du's loud shouts of Love! Ah, Love! What a bother! But times have changed, and we're long past the time when men and women couldn't communicate directly. If love's what they want to talk about, why can't they do it any day of the year?

It's said that Sun Yat-sen once suggested making Qingming into Arbor Day, but that unfortunately never came to pass, for according to botanical principles, it is the time before Qingming that is best for planting trees in our country. Later, to commemorate Dr. Sun, 12 March (his birthday) was chosen as Arbor Day. Prof. Xiong's suggestion will fail, I'm afraid, not on any botanical basis, but because of causes in social psychology. Of course, if individuals decide on their own to make Qingming a day for romance, they are certainly free to do so. But I suggest that the best solution is to dress up as someone from the Warring States period, or at least carry a copy of the Book of Rites. And if you can find a spaceship and travel through time back to the Warring States to find a real ancient person, that would be simply marvelous. Good luck to you!