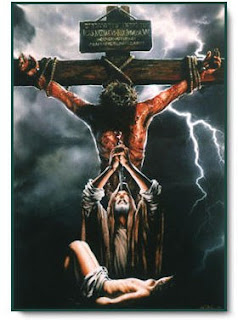 Eid al-Adha (Arabic: عيد الأضحى‎ ‘Īdu l-’Aḍḥā) "Festival of Sacrifice" or "Greater Eid" is an important religious holiday celebrated by Muslims worldwide to commemorate the willingness of Abraham (Ibrahim) to sacrifice his son as an act of obedience to God, but instead was able to sacrifice a ram (although God asked for the sacrifice of a lamb, which later was done by sacrificing his own Son, the Lamb of God, Jesus). Eid is also about spending time with family and friends, sacrifice, and thanksgiving for being able to afford food and housing. In traditional or agrarian settings, each family would sacrifice a domestic animal, such as a sheep, goat, cow, or camel, by slaughter (though some contemporary Muslims do not sacrifice an animal as part of their observance, it is still a very popular tradition, even in Muslim communities in Europe). The meat would then be divided into three equal parts to be distributed to others. The family eats one third, another third is given to other relatives, friends or neighbours, and the other third is given to the poor as a gift.

Eid al-Adha is the latter of two Eid festivals celebrated by Muslims, whose basis comes from the Quran. Like Eid ul-Fitr, Eid al-Adha begins with a short prayer followed by a sermon (khuṭba).

Eid al-Adha is celebrated annually on the 10th day of the month of Dhul Hijja (ذو الحجة) of the lunar Islamic calendar. The festivities last for three days or more depending on the country. Eid al-Adha celebrations start after the Hajj, the annual pilgrimage to Mecca in Saudi Arabia by Muslims worldwide, descend from Mount Arafat. The date is approximately 70 days after the end of the month of Ramadan.

Another name refers to the fact that the holiday occurs after the culmination of the Hajj (حج), or pilgrimage to Mecca (Makka). Such names are used in Malay and Indonesian (Hari Raya Haji "Hajj celebration day", Lebaran Haji), and in Tamil Hajji Peru Nāl.

In Urdu-speaking areas, the festival is also called بقرعید Baqra Īd or Baqrī Īd, stemming either from the Arabic baqarah "heifer" or the Urdu word baqrī for "goat", as cows and goats are among the traditionally sacrificed animals. That term was also borrowed into other languages, such as Tamil Bakr Eid Peru Nāl.
Other local names include 宰牲节 Zǎishēng Jié ("Slaughter-livestock Festival") in Chinese, Tfaska Tamoqqart in the Berber language of Jerba, Tabaski or Tobaski in West African languages, Babbar Sallah in Nigerian languages, and ciida gawraca in Somali.

Eid-al-Adha has other popular names across the Muslim world. The name is often simply translated into the local language, such as English Festival of Sacrifice, German Opferfest, Dutch Offerfeest, Romanian Sărbătoarea Sacrificiului and Hungarian Áldozati ünnep.

Four thousand years ago, the valley of Mecca was a dry and uninhabited place. According to Islamic history, the Prophet Ibrahim (Abraham) was instructed to bring Hajar and their child Ismael to Arabia from the land of Palestine by God's command.

As Ibrahim was ready to return to Palestine, Hajar asked him, "Who ordered you to leave us here"? When Ibrahim replied: "Allah" (God), Hajar said, "then Allah will not forget us; you can go". Although Ibrahim had left a large quantity of food and water with Hajar and Ismael, the supplies quickly ran out and within a few days the two were suffering from hunger and dehydration.

According to the story, a desperate Hajar ran up and down between two hills called Safa and Marwa seven times, trying to find water. Finally, she collapsed beside her baby Ismael and prayed to Allah for deliverance. Ismael struck his foot on the ground, causing a spring of water to gush forth from the earth. Other accounts have the angel Jibril (Gabriel) striking the earth and causing the spring to flow. With this secure water supply, they were not only able to provide for their own needs, but were also able to trade water with passing nomads for food and supplies. When the Prophet Ibrahim returned from Palestine to check on his family, he was amazed to see them running a profitable well.

The Prophet Ibrahim was told by God to build a shrine dedicated to him adjacent to Hajar's well (the Zamzam Well). Ibrahim and Ismael constructed a small stone structure—the Kaaba—which was to be the gathering place for all who wished to strengthen their faith in Allah. As the years passed, Ismael was blessed with Prophethood and gave the nomads of the desert his message of surrender to Allah. After many centuries, Mecca became a thriving city and a major center for trade, thanks to its reliable water source, the well of Zamzam.

One of the main trials of Prophet Ibrahim's life was to face the command of Allah to devote his dearest possession, his only son. Upon hearing this command, he prepared to submit to Allah's will. During this preparation, when Satan tempted Prophet Ibrahim and his family, Hajar and Ismael drove Satan away by throwing pebbles at him. To remember this rejection of Satan, stones are thrown during Hajj.

At the time of sacrifice, Ibrahim discovered a sheep died instead of Ismail, whom he hacked through neck. When Ibrahim was fully prepared to complete the sacrifice, Allah revealed to him that his "sacrifice" had already been fulfilled. Ibrahim had shown that his love for his Lord superseded all others: that he would lay down his own life or the lives of those dear to him in order to submit to God. Muslims commemorate this superior act of sacrifice during Eid al-Adha.

The Takbir is recited from the dawn of the tenth of Dhu al-Hijjah to the thirteenth of it. The Takbir consists of:

and to Allah goes all praise, (We) sing the praises of Allah because He has shown us the Right Path. (We) gratefully thank Him because He takes care of us and looks after our interests.

Allah is the Greatest, all Praise is due to Him, And Glory to Allah, eventide and in the morning

There is no god, but Allah the Unique

He has fulfilled His Promise, and made Victorious His worshipper, and made Mighty His soldiers and defeated the confederates

He alone we worship

With sincere and exclusive devotion, even though the infidels hate it

Men, women, and children are expected to dress in their finest clothing to perform Eid prayer (ṣalātu l-`Īdi) in a large congregation is an open area or mosque. Muslims who can afford to do so sacrifice their best domestic animals (usually sheep, but also camels, cows and goats) as a symbol of Ibrahim's sacrifice. The sacrificed animals, called uḍiyyah (Arabic: أضحية‎, also known as "al-qurbāni"), have to meet certain age and quality standards or else the animal is considered an unacceptable sacrifice. Generally, sacrificial animals must be at least one year of age.

The regular charitable practices of the Muslim community are demonstrated during Eid al-Adha by the concerted effort to see that no impoverished person is left without sacrificial food during these days.
During Eid al-Adha, distributing meat amongst the people, chanting Takbir out loud before the Eid prayer on the first day, and after prayers throughout the four days of Eid are considered essential parts of the festival. (See Takbir in "Traditions and practices" of Eid el-Fitr.) In some countries, families that do not own livestock can make a contribution to a charity that will provide meat to those who are in need.