The 4 Major and 12 Minor Prophets of Judaism, Christianity, and Islam 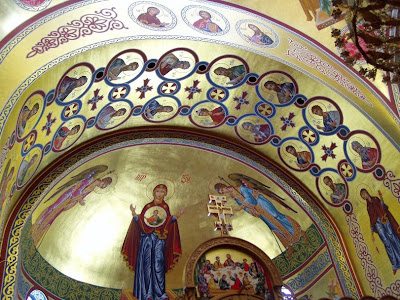 In the Modern Hebrew Bible the writings of the minor prophets are counted as a single book, in Christian Bibles as twelve individual books.

The Septuagint has this proper order:
The "Minor Prophets" are before, instead of after, the "Major Prophets".

(190 BC) where they are venerated as praiseworthy. (Sir. 49:12). Josephus speaks of the Twelve as part of the scriptural canon, and they were regarded as such in the Dead Sea Scrolls

. By the Council of Jamnia

in AD 90 the Twelve were not in dispute as canonical for Jews. The Twelve are cited and alluded to in the New Testament and were accepted as canonical by the early church. Marcion

deleted them, along with the entire Old Testament, from his heretical canon.

Recent biblical scholarship has focused on reading the "Book of the Twelve" as a unity.

The term "minor" refers to the length of the books, not their importance.

A major prophet is a book in the Major Prophets

section of the Christian Old Testament in the Bible. The term "major prophet" is typically a Christian term as the Jewish Hebrew Bible does not group these books together and does not include the deuterocanonical/apocryphal Book of Baruch. The closest analogous grouping in the modern Hebrew Bible is the "Prophets" or Nevi'im

. The books of the major prophets in order of occurrence in the Christian Bible

The term "major" refers to their length, not their importance.
at 11:23