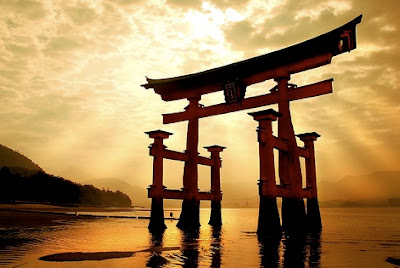 * 1/1 to 1/6: Shogatsu/Shinto New Year's Festival--The Kami of the four directions are honored, and prayers for happiness, good health, and prosperity are made. [a/k/a Shihohai, Genshisai, Shinnen-enkai]

* 1/15: Seijin-no-Hi--Shinto festival honoring 20-year-old men and women on reaching adulthood, and recognizing the rights and responsibilities that come with it. [Also celebrated the second Monday in January.] [a/k/a Seijin-Shiki, Coming of Age Day]

* 2/17: Toshigoi--Shinto rite honoring the Kami and offering prayers for a bountiful rice harvest. The Kami are manifestations of the one universal, primordial and eternal, immanent and transcendent DKuni-Tokotachi-no-Kami. [a/k/a Toshigoi-no-Matsuri, Kinensai]

* 3/21: Taoist festival honoring the Shen of Water, East, and Spring; prayers are made for growth. Taoists seek enlightenment and live in harmony with Nature.

* 6/21: Taoist festival honoring Shang-Ti/Heavenly Emperor, Father of Justice and Law, and manifestation of the Te (Virtuous Inner Power). Also celebrates the peak of the masculine Yang half of the year and the Shen of Fire, South, and Summer; prayers are made for strength and maturity, and offerings are made to the ancestors.

* 9/23: Taoist festival honoring the Shen of Winds, West, and Autumn; thanksgiving is made for the harvest. Taoists believe the unity of Yin (Eternal Feminine) and Yang (Eternal Masculine) make up the psyche-matter-energy of the eternal all-encompassing Ch'i.

* 9/28: Birthday of Confucius (K'ung Fu-Tzu) (551 BC). He taught that societal harmony could be realized when individuals acted with loving care for family, concern for friends and neighbors, benevolence to strangers, and respect for all. [Founder of Confucianism.] [Death day 11/29/479 BC]

* 12/22: Taoist festival honoring Wang-Mu/Empress Mother, Mother of Compassion and Wisdom, and manifestor of the Tao (Cosmic Power of Creation and Destruction). Also celebrates the peak of the feminine Yin half of the year and the Shen of Earth, North, and Winter; prayers are made for rest and renewal, and offerings are made to the Cosmos.

* 12/22: Tohji-Taisai--Shinto rite honoring the Sun, Amaterasu. The Storms Susano-o angered Her, and She withdrew into a cave until enticed out with music and dance.

. Taoism is a philosophical and spiritual system grounded in Nature and its rhythms. Taoist holy scripture is called the Tao Tsang

. It includes the Tao-Te Ching

and over a thousand other writings. Taoist holidays and the Taoist calendar are based on the Chinese lunisolar calendar. Chinese religion is a fusion of Taoism and Confucianism, and most Chinese also practice Chinese Mahayana Buddhism.]

). Confucianism is a philosophical system focused on ethics and social structure.]

[Shinto (Shintoism) originated in Japan. Shinto is grounded in Nature and its rhythms. Shinto practitioners make daily offerings and prayers at home shrines and attend regional or national Shinto Shrines on annual festival days. Though Shinto holidays were previously based on a lunar calendar, the Shinto calendar is now based on the Gregorian calendar

, which has been adopted in Japan. Most Japanese practice both Shinto and a form of Mahayana or Tantric Buddhism.]
at 11:14

It's all so calculated, complete with the fake "mournful" look like she's leaving a funeral. She knows it's going to get people talking. And ofcourse she makes sure to show off her legs. Did Gwyneth ever go around making sure to flaunt her legs before this year? We get it you can do yoga 3 hours a day. She is so pretentious and annoying and snooty. Sorry I don't care for her lol. חישוב הריון