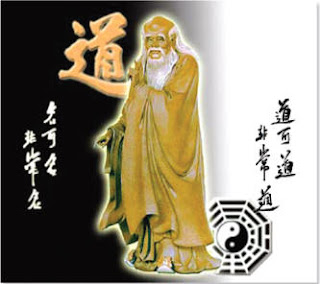 has certainly more than earned its place in a crowded field. Mair’s introduction and notes to the Tao Te Ching (Dàodéjīng, to give the proper HanYin PinYin form) begins like this:

Next to the Bible and the Bhagavad Gītā, the Tao Te Ching is the most translated book in the world. Well over a hundred different renditions of the Taoist classic have been made into English alone, not to mention the dozens in German, French, Italian, Dutch, Latin, and other European languages. There are several reasons for the superabundance of translations. The first is that the Tao Te Ching is considered to be the fundamental text of both philosophical and religious Taoism. Indeed, the Tao or Way, which is at the heart of the Tao Te Ching, is also the centerpiece of all Chinese religion and thought. Naturally, the different schools and sects each bring a somewhat different slant to the Tao, but all subscribe to the notion that there is a single, overarching Way that encompasses everything in the universe. As such, the Tao Te Ching shares crucial points of similarity with other major religious scriptures the world over.

The second reason for the popularity of the Tao Te Ching is its brevity. There are few bona fide classics that are so short, yet so packed with food for thought. One can read and reread the Tao Te Ching over and over scores of times without exhausting the insights it offers.

The third aspect which accounts for the wide repute of the Tao Te Ching is the fact that it is supposedly “very easy to understand” when actually it is exceedingly impenetrable. Paradox is the essence of the Tao Te Ching, so much so that even scholars with a solid grounding in Classical Chinese cannot be sure they have grasped what the Old Master is really saying in his pithy maxims. This deceptive ease which masks tortuous difficulty is both a challenge and an invitation, a challenge to the honest scholar and an invitation to the charlatan. Since no one can fully plumb the profundity of the Tao Te Ching, even the amateur cannot be held responsible for misrepresenting it. Hence the plethora of translations, many by individuals who command not one iota of any Chinese language. In the words of the eminent Dutch Sinologist, J.J.L. Duyvendak:

Not only do translations made by competent Sinologues vary considerably, but there also exists a multitude of so-called translations made by people who try to make up for their entirely imaginary or extremely elementary knowledge of classical Chinese by philosophical speculations which often are completely foreign to the Chinese spirit. With due acknowledgement of the interest which this Chinese classic has been able to arouse in a large circle, one cannot help regretting that the Tao-tê-ching has thus become the object of the worst dilettantism.

It is precisely because of my annoyance at the sheer presumptuousness of those who pretended to convey the words of the Old Master to others, when they themselves had not the slightest idea how to read them, that I vowed two decades ago I would never be so bold as to add my own voice to the cacophonous chorus of Tao Te Ching paraphrasts. Two unexpected and celebrated events, however, conspired to make me recant. One was the egregiously large advance and effusive national publicity awarded to an absolute tyro a couple of years ago who dared to dabble with the daunting Tao Te Ching. Although the individual concerned will remain mercifully unnamed, I felt duty bound to reclaim translation of the Tao Te Ching as the proper province of the conscientious Sinologist.

The other prod was the recent discovery of two ancient manuscripts in China which made it possible to produce a totally new translation of the Tao Te Ching far more accurate and reliable than any that has hitherto been published. This is the first translation of the Tao Te Ching based from its very inception wholly on these newly found manuscripts. The manuscripts came from a place in central China called Ma-wang-tui, not far south of the Yangtze River….