Religions and their Lunisolar, Lunar, and Solar Calendars 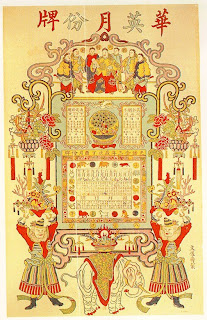 A lunisolar calendar is a calendar in many cultures whose date indicates both the moon phase and the time of the solar year. If the solar year is defined as a tropical year then a lunisolar calendar will give an indication of the season; if it is taken as a sidereal year then the calendar will predict the constellation near which the full moon may occur. Usually there is an additional requirement that the year have a whole number of months, in which case most years have 12 months but every second or third year has 13 months.

The Hebrew, Buddhist, Hindu lunisolar, Tibetan calendars, Chinese calendar, and Korean calendar are all lunisolar, as was the Japanese calendar until 1873, the pre-Islamic calendar, the republican Roman calendar until 45 BC, the first century Gaulish Coligny calendar and the second millennium BC Babylonian calendar. The Chinese, Coligny, and Hebrew lunisolar calendars track more or less the tropical year whereas the Buddhist and Hindu lunisolar calendars track the sidereal year. Therefore the first three give an idea of the seasons whereas the last two give an idea of the position among the constellations of the full moon. The Tibetan calendar was influenced by both the Chinese and Hindu calendars. The English also used a lunisolar calendar before their conversion to Christianity.