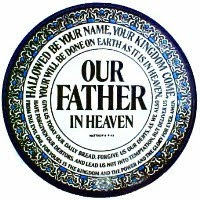 God the Father is a gendered title given to God in many monotheistic religions, particularly patriarchal, Abrahamic ones. In Judaism, God is called Father because he is the creator, life-giver, law-giver, and protector. In traditional Christianity, God is called Father also because of the mystery of the Father-Son relationship revealed by Jesus Christ as well as the reasons mentioned above.

In general, the name Father signifies God's role as a life-giver, an authority, and powerful protector, often viewed as immense, omnipotent, omniscient, omnipresent with infinite power and charity that goes beyond human understanding. For instance, after completing his monumental work Summa Theologica

, St. Thomas Aquinas concluded that he had not yet begun to understand God the Father.

Masculine characteristics are often ascribed to God, in the Scriptures and traditions of many monotheists. In the Bible, God is directly addressed and referred to with the masculine term "Father", in both the Old Testament

and the New Testament

God is also usually defined as being a spirit, and thus having no human biological gender. For instance, the Catechism of the Catholic Church

#239 specifically states that "God is neither man nor woman: he is God". Yet, God is thought of as dominant, powerful, fatherly, masculine, passionate, whose ways are too high for his children to understand. God is traditionally referred to by the masculine pronoun he (often capitalized; He).

In modern monotheist religious traditions, such as Christianity, Judaism, Bahá'í, Krishnaism, Vaishnavism and the Brahma Kumaris religion, God is addressed as the father, in part because of his active interest in human affairs, in the way that a father would take an interest in his children who are dependent on him and as a father, he will respond to humanity, his children, acting in their best interests. Many monotheists believe they can communicate with him through prayer, and improve their relationship with him. At times, it is also expected that God may punish those who err like a father punishes his children, e.g. as stated in the New Testament: "Endure hardship as discipline; God is treating you as sons. For what son is not disciplined by his father? If you are not disciplined (and everyone undergoes discipline), then you are illegitimate children and not true sons." [Heb. 12:8]

In Judaism, God is called "Father" with a unique sense of familiarity. In addition to the sense in which God is "Father" to all men because he created the world (and in that sense "fathered" the world), the same God is also uniquely the patriarchal law-giver to the chosen people. He maintains a special, covenantal father-child relationship with the people, giving them the Shabbat, stewardship of his oracles, and a unique heritage in the things of God, calling Israel "my son" because he delivered the descendants of Jacob out of slavery in Egypt[Hosea 11:1] according to his oath to their father, Abraham. In the Hebrew Scriptures, in Isaiah 63:16 (ASV) it reads: "Thou, O Yahweh, art our Father; our Redeemer from everlasting is thy name." To God, according to Judaism, is attributed the fatherly role of protector. He is called the Father of the poor, of the orphan and the widow, their guarantor of justice. He is also called the Father of the king, as the teacher and helper over the judge of Israel.

In Christianity, God is called "Father" in a more literal sense, besides being the creator and nurturer of creation, and the provider for his children.[Heb 1:2-5] [Gal 4:1-7] The Father is said to have an eternal or special relation to his only begotten son, Jesus Christ, which implies an exclusive and intimate familiarity: "No one knows the Son except the Father, and no one knows the Father except the Son and any one to whom the Son chooses to reveal him."[Mt. 11:27] In Christian theology, this is the revelation of a sense in which fatherhood is inherent to God's nature, an eternal relationship.[cf. Jn 17] In the New Testament, God is called "Father" 245 times.

In the third century, Tertullian claimed that God exists as the Father, the Son, and the Holy Spirit—with the Father being the Head. To trinitarian Christians (which include Roman Catholics, Eastern Orthodox, and some but not all modern Protestant denominations), God the Father is not at all a separate god from the Son (of whom Jesus is the incarnation) and the Holy Spirit, the other Hypostases of the Christian Godhead.
According to the Nicene Creed, the Son (Jesus Christ) is "eternally begotten of the Father", indicating that their divine Father-Son relationship is seen as not tied to an event within time or human history.

However, there is a deeper sense in which Christians believe that they are made participants in the eternal relationship of Father and Son, through Jesus Christ. Christians call themselves adopted children of God:
“ But when the fullness of the time had come, God sent forth His Son, born of a woman, born under the law, to redeem those who were under the law, that we might receive the adoption as sons. And because you are sons, God has sent forth the Spirit of His Son into your hearts crying out, "Abba, Father!" Therefore you are no longer a slave but a son, and if a son, then an heir of God through Christ. ”— Galatians 4:4-7

The Gospel of Mark records that Jesus used the term Abba, "Father" when praying to God during his Agony in the Garden of Gethsemane shortly before his crucifixion, saying: "Abba, Father, all things are possible to you; remove this cup from me. Yet not what I want, but what you want."[Mk 14:36] Here is the fervent appeal of a son to a beloved father, followed quickly by an assurance that, in any event, he would remain obedient. The New Testament refers six times to God as the "God and Father" of Jesus.

Unlike Christianity, Islam does not have a separation between Father, Son and Holy Spirit and generally views God as the unique and ineffable God and Creator of All.

Hinduism is not just one religion, but many related religions collectively, believing in about 330 million gods and goddesses of varying ranks and meanings, as part of a pantheon, and as aspects of the Supreme Being, and generally views God, not so much as the Father, but instead Ishvara, a Supreme Controller or Supreme Being, although some say Brahma the Creator is father of all humanity. Therefore, human attributes, such as personality and fatherhood are the mind's projections.

For over one thousand years, no attempt was made to portray God the Father in human form, because early Christians believed that the words of Exodus 33:20 "Thou canst not see my face: for there shall no man see Me and live" and of the Gospel of John 1:18: "No man hath seen God at any time" were meant to apply not only to the Father, but to all attempts at the depiction of the Father. Yet, western art eventually errantly wanted some way to illustrate the presence of the Father, so through successive representations a set of artistic styles for the depiction of the Father in human form gradually emerged around the tenth century AD.

By the twelfth century depictions of the "hand of God" had started to appear in French manuscripts and in stained glass church windows in England. In the 14th century the illustrated Naples Bible

, one of the earliest printed Bibles carried a depiction of God the Father in the Burning bush

. By the 15th century, the Rohan Book of Hours