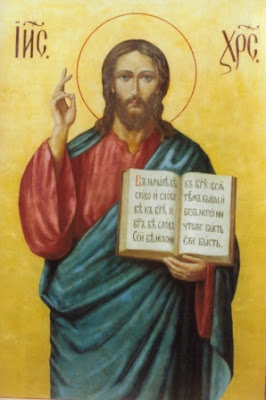 and after the End

. The Son of God draws attention to his humanity, whereas God the Son refers more generally to his divinity, including his pre-incarnate existence. So, in Christian theology, Jesus was always God the Son, though not revealed as such until he also became the Son of God through incarnation.

The term in English follows Greek and Latin usage:
The term is used in Athanasian Creed

Jacques Forget (1910) in the Catholic Encyclopedia

article "Holy Ghost" notes that "Among the apologists, Athenagoras mentions the Holy Ghost along with, and on the same plane as, the Father and the Son. "Who would not be astonished", says he (A Plea for the Christians

10), "to hear us called atheists, us who confess God the Father, God the Son and the Holy Ghost, and hold them one in power and distinct in order. Saint Augustine

in Sermon 90 on the New Testament says "2. For hold this fast as a firm and settled truth, if you would continue Catholics, that God the Father begot God the Son without time, and made Him of a Virgin in time."

The New Testament authors, writing in a time when monotheism had become the normative Jewish belief, considered the passages of the Old Testament

speaking of the Son of God to be prophetic of God the Son becoming the Son of God. The New Testament books of Acts of the Apostles and the Epistle to the Hebrews both quote Psalm 2:7, "You are my Son; today I have become your Father."

references, understood to imply Jesus' divinity, but the distinction of his person from that of the one God he called his Father. As such, the title is associated more with the doctrine of the Trinity than with the Christological debates.

There are over 40 places in the New Testament where Jesus is given the title "the Son of God".

supports the Virgin birth of Jesus as a miracle decreed by God. However, although Jesus is highly respected prophet in Islam, and considered to be the Messiah, Muslims do not believe that he was either the son of God, or God the Son, and consider him a man who, like other prophets, had been divinely chosen to spread God's message.