North Texas draws religions from around the world 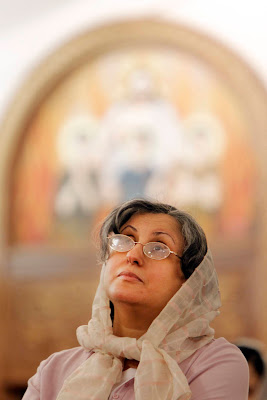 The Sikh temple on Euless Boulevard comes to life every Sunday morning. Men wearing turbans and women in colorful dress remove their shoes and wash their hands before entering the temple, which is in a former bank building. Once inside, they sit cross-legged on opposite sides of the main hall, singing hymns and praying in Panjabi, the native language of many of the members, who come from northwestern India and eastern Pakistan. After the service, plates are handed out for a communal vegetarian lunch. The temple is also open for daily prayer services, with members driving from Arlington, Fort Worth and Dallas to participate.

Rajvir Singh of Arlington said it's important for his people to have a Sikh temple nearby. About 300 people regularly attend Sunday services at the temple, called Gurdwara Sikh Sangat.

"There is a plus if you have your community with you. You share the same culture. You share the same beliefs," said Singh, a biological chemistry student at the University of Texas at
Arlington. "It's just the same as why anybody would want to get together with their culture."

The Sikhs represent a growing change in the makeup of religious groups in the suburbs, especially Northeast Tarrant County, where Baptists, Methodists and Catholics are now joined by Buddhists, Hindus, Romanian Orthodox and Baha'i.

As people move into North Texas -- seeking jobs and a better education for their children -- it's only natural for them to open houses of worship and cultural centers to meet their spiritual needs. Changes to the religious landscape are particularly noticeable in Euless and Colleyville.

"What's driving this is you're getting folks who aren't from Texas who are capitalizing on the opportunity, and of course, we bring our faith with us," said Jason E. Shelton, assistant professor of sociology and anthropology at UT Arlington. "This isn't anything different than what we saw in the 1880s. This is the same story."

Euless has a Coptic Christian church on Euless Main Street, and nearby is a Greek Orthodox congregation that is building a new church featuring Byzantine architecture.

Plans are also under way to build a Buddhist and Hindu cultural and spiritual center on a 4-acre tract along Euless Boulevard to serve the Nepali community. About 9,000 of the 54,700 residents of Euless were born outside the United States, and another 1,672 were born in a U.S. territory or born abroad to American parents. Of those, 36 percent were from Latin America, 32 percent from Asia and 18 percent from Africa. according to the 2009 American Community Survey.

Students in the Hurst-Euless-Bedford (HEB) schools speak 72 languages at home, including Arabic,
Vietnamese and Urdu, the district's annual survey showed.

Neighboring Colleyville is a bit of an anomaly. There's a Romanian Orthodox Church, a mosque, a Catholic church, a synagogue, a Baha'i community, several protestant churches and more, all within the borders of this largely white, affluent city.

St. Mary's Romanian Orthodox Church launched 30 years ago in a small building that another Christian congregation used for services. It is unclear why the community settled there, but parish priest, The Reverend Gabriel Popa, speculates that the property was affordable for the group, mostly first-generation immigrants.

"Thirty years ago, it was a farm zone," he said.

In 2004, members bought a different piece of property and built a new church on Glade Road. The congregation has grown from 20 or 30 members to more than 300, although only a few live in Colleyville, with others driving as much as 50 miles to the church.

Colleyville is also the home of the Coptic Orthodox Diocese of the Southern United States, which hosts the offices of a bishop and serves 28 Coptic communities in 11 states. The Coptic Christian Church was established in Egypt, and many adherents are Egyptian immigrants, officials said. Locally, the Coptic Church launched in 1985 in Colleyville at St. Mary Coptic Orthodox Church. A handful of families had been renting spaces elsewhere and came together to buy 4 acres in Colleyville on John McCain Road. St. Mary Coptic opened a new 400-seat building at the same address in December.

"They wanted a place of their own," said The Reverend Samuel Bakhoum, the priest at St. Mary Coptic. "It's important to have a gathering space to socialize, for people to celebrate."

In 2004, another group from St. Mary found a church building for sale in Euless and branched off, creating St. Abanoub Coptic Orthodox Church. The St. Abanoub congregation has surpassed that of St. Mary Coptic, with about 300 families, many of whom moved to Texas to be near relatives who had already immigrated.

"Everybody prayed from their own perspective," said Rabbi Charlie Cytron-Walker, of Congregation Beth Israel in Colleyville. "The goal was for everyone to be able to say 'amen' to everything."