Romania: On the trail of Count Dracula/Vlad the Impaler 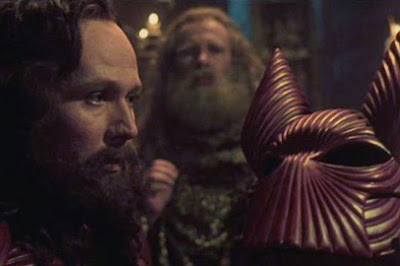 The romantic-sounding region of Transylvania, the eastern Carpathians and their neighbouring region of Moldova (though not the Republic of that name) all lie within one country – Romania. But as we spent a week travelling around this extended section of eastern Europe we felt that, although we might indeed be geographically within one country, we were in fact traversing three separate and quite distinct emotional and historical worlds.

The first world was one of Gothic fantasy. It is epitomised by Bran Castle, with its much-vaunted connections with Vlad the Impaler – better known as Count Dracula. Other castles crowd the hilltops with their turrets and dungeons, their armouries and torture chambers. This is a world in which Ludwig II – the mid-19th-century mad king of Bavaria – and Wagner would have felt at home.

The periodical rumble of thunder and flashes of lightning seem a natural backdrop to its dark coniferous forests, still alive with wolves and the occasional brown bear. Occasional encounters with light-fingered gipsy gangs lend a frisson of danger to the unwary traveller – as we were to discover during our travels. The swans on the moonlit lakes look as if they might at any moment transmogrify themselves into ballerinas in search of a lovelorn prince.

The second world is a more wholesome one of Saxon villages and simple peasant agriculture. Horse-drawn carts trundle slowly along the lanes; small old-fashioned haystacks line the fields and punctuate the horizons; smiling old men scythe in the fields and decoratively dressed women fork up the hay; poppies and other wild flowers enliven the meadows; wooden Saxon houses with their high gates and brightly coloured exteriors line the village streets; every telegraph pole seems to support a nesting crane newly arrived from Africa. This is the world beloved of Prince Charles, who has bought a manor house in the region. It is no longer Wagner's world, but rather that of The Sound of Music.

The third of the worlds through which we passed is a ghost world of the former Romania of Nicolae Ceausescu and the communist era. Much has been done in the past two decades to remove the ugly traces of that unhappy chapter in Transylvania's history. Hotels have had massive makeovers; no longer do they look as if they are awaiting party delegations, and are instead alive with young people dancing at wedding breakfasts; but still bath plugs tend to be absent and loo seats tend to be wobbly; credit card machines tend to be non-functional; and one is tempted to ask the occasional receptionist whether she got a refund from charm school.
Away from the hotels, too, there is indestructible evidence of the insensitive state planning of the Ceausescu years: tyre factories belching dark smoke have been dumped down in areas of outstanding natural beauty; a vast cement works intrudes on a spectacularly beautiful mountain gorge; in some places, ribbon development stretches along highways for mile after mile, blanketing the road from the glorious surrounding countryside. Old practices from the hard years die hard: it still seemed safer to our driver to fill up his car in a sizeable urban petrol station than risk the contamination of a wayside pump, and everywhere people were still smoking like chimneys.

My wife and I had made our plans carefully in advance, and were met at Bucharest airport by our guide, who was also the driver of the comfortable Mercedes that was to transport us for the following week around a route which dipped in and out of all the varied worlds described above. We set out northwards straight for the hills, our first night being at Sinaia (a town and monastery named after Mount Sinai by a returning pilgrim in the Middle Ages).

The next morning our first port of call was Peles Castle, a fairy-tale creation built as the summer residence of King Carol I in the late-19th century. Our arrival coincided with a rally of vintage cars which gave an agreeably Belle Époque atmosphere to the park and surroundings. Inside, the atmosphere was more military: vast arrays of armour and weapons adorned the walls, including an executioner's sword, the blade of which was inscribed "may God forgive the villain whose head this will sever".

Our next stop was Bran Castle, supposed abode of Prince Vlad Tepes – the prototype for the mythical Count Dracula. There is no doubt that Vlad was – even by the standards of the 15th century – an exceptionally cruel ruler, impaling rather than beheading his enemies, though not – like Dracula – drinking their blood. He was something of a hero in his time, as he led a stout resistance to the Turkish invaders. But it is the gruesome aspects of his legend which now haunt his castle: vampire masks, blood-red wine and wooden daggers jostle for prominence in the market below the castle.

Inside the castle, winding spiral staircases and low cavernous doorways increase the sense of menace. One feels one could drop into an oubliette and disappear forever at any moment. Our visit coincided here not with vintage cars but with a coachload of Romanian schoolgirls. This seemed to upset the castle guide, and when I asked him why, he said it meant he could not use the joke he liked to make to tourists: "Dracula only drinks the blood of young virgins: you will all be safe!" This lot, he said, were certainly young, and he hoped they were virgins.

We concluded our day at Brasov, visiting two churches. The Black Church – so called because it was burned and largely rebuilt in 1689 – houses one of the largest and finest organs (440 pipes) in Europe, and also a collection of Turkish rugs draped over pews and choir stalls as if for sale, but which were in fact permanent furnishings serving as a reminder of the intercourse with the Ottoman Empire. The painted pew fronts depict the role of the various civic guilds with whose wealth the church was built.

At our second church – that of St Nicholas – we were met by an elderly professor who took us to the library in the precincts, which contains a remarkable collection of early-Christian books and manuscripts. So sensitive were these in the Stalinist period (the town had been renamed after Stalin in the Fifties – a fact not often mentioned now) that the professor had hidden them away in the church tower to prevent their destruction. As he turned over the pages, he remarked wistfully how odd it was that Romania (an Orthodox country) had adopted the Latin/Roman rather than the Cyrillic script. I found myself wondering about the risks this dedicated scholar must have run in hiding away his precious Christian evidence from Stalin's henchmen.
Another day, another place. Sighisoara is a medieval fortress town which is now a Unesco world cultural heritage site. There is a bizarre legend that its Saxon inhabitants are descended from the children of Hamelin who were led away from home by the Pied Piper. Its charming square, with its brightly painted houses and welcoming cafés, is certainly part of that second world of gentle Saxon rural life. But it also turns out to have been the birthplace of Vlad the Impaler, and its clock tower (another steep rickety climb) is flanked by a torture chamber displaying gruesome instruments of the trade: the world of Gothic horror is never far away.
Continuing our journey, we made a short diversion to a quintessentially Saxon village, where we were able to see Prince Charles's manor house overlooking as peaceful a scene as could be found anywhere in central or Eastern Europe. But again, the Gothic drama was not far below the surface: when we stopped for my wife to wander off alone to take a photograph of a passing hay wain, she was set upon by a group of gipsy lads, one of whom attempted to snatch her camera and push her into a ditch, while another waved a scythe menacingly; she extricated herself – scratched, bleeding and slightly disillusioned. It was as if the evil baron of Swan Lake had suddenly appeared on the set of The Sound of Music.

Sibiu, our next staging post, was declared the European capital of culture in 2007. Its labyrinth of medieval squares, churches, bridges and narrow streets seemed to justify the award. We were particularly careful how we answered questions while standing on the Liar's Bridge, since we were assured than any untruth uttered on the bridge would cause it to instantly collapse; in Transylvania it seemed unwise to disregard such superstitions.

In the nearby village of Sibiel, we visited a museum of icons painted on glass; despite their age, many of them were almost Picasso-like in their modernity, but all managed to convey a reverence for their sacred subjects. In the same village, we were invited to dinner in a Saxon house belonging to a friend of our guide, where a collection of meat balls were washed down with generous quantities of plum brandy.

From Sibiu to Bucovina, the region of the famous painted monasteries, was a long drive of some 300kms (186 miles) passing through the eastern Carpathians and the dramatic Bicaz Gorges and skirting the Lacu Rosu (or Red Lake). This was the scenery that most romantic visitors to Transylvania had been hoping to encounter: the dense pine forests sloping steeply into ravines bordering the road are – we were assured – still the habitat of wolf packs and brown bears of the sort that had chased Nicholas Crane when he walked through the region in the Nineties. If a comfort stop required a wander into the dark trees, we were careful not to go too far into this Wicked Wood.

The monasteries themselves, when we reached them, were worth every one of the 300kms. Voronet Monastery is known as the Sistine Chapel of the Orthodox Church on account of its spectacular ceiling and wall frescoes; but the exterior walls are also a visual delight of early 16th-century imagination. Not all the murals depict the normal biblical scenes; one, for instance, shows a line of Turkish dignitaries queuing up (like passengers at Heathrow) to be sent down to hell. This is not altogether surprising when it is remembered that the monastery was built by Prince Stephen the Great of Moldova (1457-1504), the renowned Hammer of the Turks. Moldovita Monastery was built by Stephen's son and – true to form – shows Turks decapitating lines of haloed Christian saints. At the Sucevita Monastery, a nun explained one of the murals to us; a child was being restored to her mother by St Nicholas; we asked innocently how he had come to be parted from her and the answer was predictable – kidnapped by the Turks. One is not allowed to forget that this was indeed the front line of Christendom for several centuries.

Surprisingly unsated by churches, castles, haystacks and forests, we eventually headed south to Bucharest airport and home. As we dozed off on the plane, we had gentle memories of a sunlit land of calm medieval pastures and homesteads; we had disturbing dreams of vampires looming down on us from crenellated ramparts; and we had a gratifying sense of having seen a land successfully lifting itself out of decades of communist drabness. But I'm not sure that if I had been leaving from London rather than Bucharest, my wooden Dracula dagger (for my grandson) might not have been confiscated as a threat to airline security.