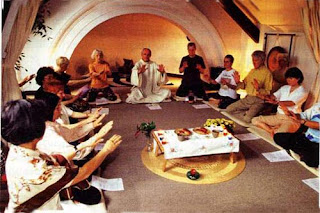 In creating a theological roadmap to world religions, Catholics hit a pothole with Buddhism ... but a spiritually exhilarating one.

Therefore, Roman Catholics should embrace dialogue with Buddhists as a genuine opportunity. If the “inclusivist theology” doesn’t work with Buddhism, what does? How should Catholicism make its way in a new century, where the revival of religious belief will be a major factor politically and pastorally?

The Institute for Advanced Catholic Studies at USC – a research-oriented institution that supports ecumenical and interfaith explorations of Catholic intellectual traditions – offers an annual public lecture series at USC. Local, national and international scholars will be invited to speak on the rich and varied dimensions of Catholicism, examining its history and development, its current condition and possibilities, and the multiple ways in which it has, can and ought to interact with society, governments and other religions.
at 00:33