Hindus believe that all living beings pass through endless cycles of birth, death, and rebirth, and that good or bad behavior is rewarded or punished by reincarnation into either a higher or lower form of life. Their pantheistic all-god Brahma contains a whole world of deities, spirits, and other objects of worship.

Buddhists seek to escape the cycles of rebirth by extinguishing all forms of desire, including attachment to conscious existence, thereby attaining the blissful state of nirvana. This demands the practice of self-negating meditation and asceticism.

Some might say that both the Buddhist and Hindu doctrines and methods are irreconcilable with Catholic doctrine. But, in the homily of his Mass in Bangkok, Thailand on May 10, 1984, Pope John Paul II praised the wisdom as well as the interior purification and liberation of Buddhism. 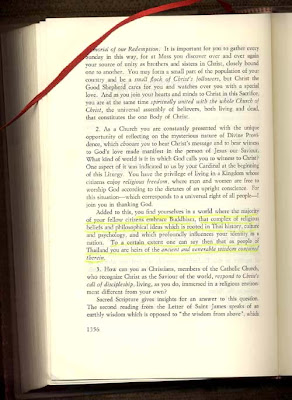 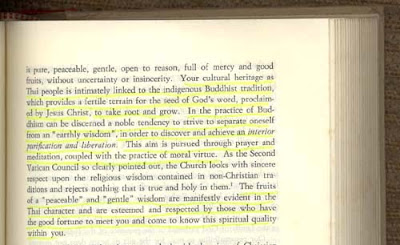