Religion and the Chinese 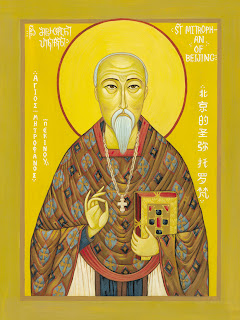 It is a common observation that, alone among the major civilizations of the world, the Chinese (with their cultural cousins in Vietnam, Korea and Japan) have an eclectic attitude towards religion. This means Chinese are seen to be able to embrace several religions at once. In the Indian subcontinent, a person who converts to Islam gives up any previous religious identity, while a Hindu would not harbor any Muslim beliefs. When Zoroastrian Iran was overwhelmed by Islam, Persians who rejected the new Muslim religion left the country rather than accept new beliefs, and came to be known as Parsees (Farsis - Persians who have remained Zoroastrian) abroad.

It is not unusual for a Chinese, however, who leads his daily life according to the traditional Confucianist norms and virtues of practicality, modesty, filial piety and propriety, to worship at a Taoist shrine during Lunar New Year and also to engage in Buddhist prayers and services on other important occasions. Aristocrats in Qing China (1644 - 1911) were often Confucianist scholars who when they died had elaborate funerals featuring three chapels with three groups of clergy - Buddhist monks, Taoist priests and tantric Buddhist lamas. In the Chinese pantheon the gods are not jealous gods.

One might be surprised, therefore, to learn that the standard Confucianist attitude towards the supernatural is a dismissive one. Confucius (551 B. C. - 479 B. C.) never rejected the existence of a super nature; he did not have much time for it. He advised his followers to accord due respect to the gods but also to distance themselves from them, making the point that before the problems of this life are solved it would be impossible to solve those of the next one.

During the reign of Emperor Wu (155 B. C. - 101 B. C.) of the Han Dynasty Confucianism became the state ideology. Buddhism spread to China a few decades later but did not become widespread till 200 - 300 years afterwards. Taoism, which claims nominal lineage to Lao Tzu, took its first forms shortly thereafter but only became widespread several centuries later, during the Tang dynasty (618 A. D. - 906 A. D.). Much of Taoism’s liturgical practices and ecclesiastical order were modeled on those of Buddhism.

In acknowledging the existence of the supernatural but focusing man’s attention on the practical matters of this world, Confucius probably both encapsulated and molded the essential Chinese psyche in a manner no one has been able to do before or since. This orientation also explains the "eclectic" attitude towards religion that Chinese have to this day: China’s mainstream ideology did not initially seek to address a spiritual dimension, and many Chinese people looked elsewhere for fulfillment on that level. Buddhism was the first and so far the most significant answer that they found. In fact, Buddhism is the only imported belief system to ever become an integral part of Chinese civilization in China’s 5,000-year history. (A 20th-century contender, Marxism with Chinese characteristics, seems to be doing rather poorly at this stage.)

The Christian religion, as a relatively recent entrant on the Chinese stage, has always enjoyed rather bright prospects among China’s educated, and now increasingly urban, population. It is found by many to meet the needs of the spiritual void of the teeming cities of modern-day East Asia. The Judaeo-Christian God, however, is not one Who expects to be added to the Taoist or Buddhist pantheon. The Gospel brings a new outlook and a new perspective on life, with a different emphasis - a life constructed around love, not just propriety. Yet Christians are not here to tell Chinese to throw away all their traditional culture. A modus vivendi has to be found. This brings us back to the issue of inculturation, whose importance cannot be underestimated in any missionary land. Once it is understood that Chinese have spiritual needs like any other people, and that the Christian religion - and especially Orthodox spirituality - are particularly well-suited to meet those needs without necessarily invading the practical and social mores of the Confucianist tradition, the way forward will become ever clearer.
at 20:31