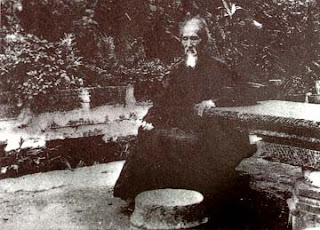 All groups need a hierarchy in order to function and Buddhist sanghas are no exception. Accountability creates a healthy organization, be it in a company, a country, a ship's crew, or in a Zen sangha. While Japanese Zen and Chinese Chan hierarchical structures differ, they both include the office of Zen Master.

A master serves several functions in a sangha: as a teacher and resource for practicing students, as a guide or "coach", as a leader or co-leader of ceremonies, as a disciplinarian, and often as an administrator. In addition, a master is usually responsible for the financial health of the temple, the spiritual health of the temple's constituency, maintaining a healthy public image in the community, and assuring that the temple provides needed community services as it's able. A master is also expected to possess the highest moral and ethical standards and great depth of spiritual insight. How rare it would be to find such an individual who could meet these demands! In fact, considering these things, one must wonder how many people would actually seek such a position except those in search of power and fame.

In Chinese Chan, Grandmasters sit at the very top of the hierarchical structure. There are few Grandmasters in the world today yet it's ultimately with them that the responsibility for the overall health of the Zen institution resides. At least in China. In the United States and most other Western countries this structure does not exist. There is no higher authority to a master and this is where the system can quickly break down. A master in the West has no accountability and the potential to create his own umbrella of protection through the misuse of Zen's mystic language has been realized more than once.

The Chinese hierarchical structure is elaborate and confusing to the uninitiated. Below the Grandmaster tier is the Master, and under the Master is the priest/monk or nun. Masters and monks are split into several levels as well, each serving different functions within the monastic setting. Such complex hierarchy was found necessary in China centuries ago when there could be several thousand monks living together. Ordinations involve much pomp and ceremony. Still today, the highest level of monk below "master" is created through a series of complex ceremonies lasting several weeks, with no fewer than 10 Grandmasters presiding.

The historical need for structure and order has directed the development of the present day hierarchical systems - systems that in many cases are overkill for the proportionately smaller constituencies found in most western temples and home-based groups. Historians tell us that depth of spiritual attainment has never been a paramount condition for rising in the ranks of Buddhist groups, and some speculate that ability to manage others has been valued most highly over the centuries. This is not surprising considering the lack of allure of such positions to someone more interested in spiritual pursuits. Indeed, some of the most famous Chan teachers were in fact never ordained (e.g. Layman Pang).

A challenge for Buddhism in the West has been in the layman's perception of the Master, or Monk/Priest, as a fully enlightened individual when it may have never been assumed that he or she was enlightened, or had even introductory spiritual experiences when given the robe and bowl. There is also a perception among lay-practitioners that teachers of Eastern descent are enlightened while those of Western descent are not: that somehow East trumps West. As Stuart Lachs documents in Means of Authorization: Establishing Hierarchy in Ch'an/Zen Buddhism in America, these assumptions by lay practitioners have been especially troublesome for Buddhism. But there is a stark reality at work. When there are many more people seeking to enter the Dharma gates than there are people who have actually entered them, to maintain the structure of the organization there is often no other choice but to enlist the unenlightened in positions of authority, for such people may have the needed skills to keep the group together despite limited spiritual insight. Yet the effects of such situations can lead to horrific results for students, as Mr. Lachs illustrates with numerous examples in the aforementioned paper. This paper summarizes many of the dangers that students face when they elevate their teacher - their Master/Roshi - to the status of an Ideal Form (archetype), a projected form of hero worship uncharacteristic of Zen. Master worship should never be allowed of a student by any teacher of a Mahayana Buddhist tradition - one of the distinguishing features of the Mahayana. It takes a spiritually advanced teacher to recognize it when it happens and arrest it.

The student-Master relationship has been tremendously misused and abused in the West. On too many occasions sangha leaders have misrepresented the Dharma, involved themselves in sexual relations with their students, misappropriated funds, and, more frequently than might be imagined, put their students in psychiatric hospitals. Most disturbing is that these behaviors are frequently considered permissible by the sangha, chalked up to "enlightened behavior beyond the understanding of a normal person."

Perhaps one of the reasons for such abuse lies with the term "Master" itself, as it implies mastery of something. In the case of Zen, that something would be Zen. Donning the hat of "Zen Master" or "Roshi" sets in motion a variety of conflicts. For one, Zen is not something one masters, at least not in the conventional sense of the term. While "Zen" technically means meditation or contemplation (Dhyana), its meaning in the scope of Mahayana Buddhism reaches far beyond that into the Ideal Form of Self. Contemplation is not something we master, it's something we do -- like breathing. And in the mystical sense, enlightenment does not mean that we have attained the status of an Ideal Form, e.g., of Buddha Amitabha, it means we have come to realize our True Self; that we have come to directly recognize the unitary, infinite, nature of existence - a nature that is, in its very essence, us. Just because one has spent 10,000 hours on the cushion does not mean one has experienced enlightenment, and just because one has experienced enlightenment does not mean the road ahead will be without challenging trials and tribulations. Having recognized our Buddha Nature does not predispose us to remain in a state of enlightenment all the time. In fact, it's extraordinarily rare for a person to be able to maintain the continuous inner discipline of the enlightened mind while interacting with other people, holding a job, raising a family - or leading a sangha.

Siddhartha experienced enlightenment through hard effort and subsequently devoted himself to helping others experience enlightenment for themselves. After his death, he became a model for the enlightened mind - an Ideal to aspire to, in much the way that subsequent great teachers became models for what could be achieved in a lifetime. But the Buddha became more than that. He became a savior figure - the Buddha Amitabha, a celestial Buddha, an androgynous Ideal Form through which one could attain Divine Union1. We mustn't mistake the model for the man, for they are at opposite ends of the spectrum: one is a spiritual being - an Ideal Form; the other is a physical being - flesh and blood. In Buddhist lingo, to become a Buddha is not to become an Ideal Form, but to become a fully enlightened human being. To represent oneself as "The Buddha", or as "sitting in for the Buddha" goes beyond misrepresentation. It would be on par with a Christian minister saying he's "sitting in for Christ." It wouldn't take long for him to be defrocked.

Perfect Master religions (e.g., the Theravadin form of Buddhism) rely on the student identifying the Master as an Ideal Form. This works insofar as the Master has a tremendously deep level of spiritual awareness and understands, at least on an intuitive level, the dynamics and processes of the student as he or she engages in the participation mystique.2 But Mahayana Buddhism, in which Chan is nestled, is not a Perfect Master religion and confusions over this have tainted the image of the role of the Master to the extent that the term has been inextricably mutated into something that was never intended. Mr. Lachs reminds us of this. In searching for a more appropriate term to use for a Zen teacher than "Master", he writes:

"Perhaps one place to look is the old Buddhist idea of kalyana-mitra, that is, the idea of a spiritual friend. In this view, the kalyana-mitra is not idealized and elevated to a position beyond human and human frailty, but is viewed as someone having more insight, more experience, knowing more, displaying patience and the ability to listen, the merit of learning coupled with good meditative knowledge, a deeper understanding that a fellow practitioner can look to for guidance, advice, and help, as a mentor. One is a kalyana-mitra by being in relationship with someone else or others. This is a relationship between friends with a common interest, though one person may have more knowledge and experience than the other. The relationship is the responsibility of both friends and both bring something to it."

It will be a step forward in the history of Western Zen if we can drop the "Zen master charade" - elevating a human being above and beyond human form, above and beyond an "ordinary person." Not only is there no need for it, it leads people into the abyss: it creates an impression that however much spiritual insight one may attain, one will never attain enough to match that of this fictional, imaginary, super-human who the aspirant sees as all too real. It leads to the apparent dichotomy of superior vs. inferior - comparisons and separations that tear at the fabric of Zen.

I vote to adopt Stuart Lachs' suggestion and use Buddhism's ancient term that so well describes the desired role of a Zen teacher: kalyana-mitra. This is a term that not only avoids student/teacher separation and isolation; it does not elevate the teacher above the human into the realm of a contrived fictional being.

Sometimes I'm asked by aspiring Zen students how they should go about choosing a master to study under. There are several sides to this question. Not insignificant is the assumption that a master is required to make headway with Zen, a myth that has been and continues to be propagated by the institution of Zen. Mysticism, of any name, is an entirely personal and independent spiritual discipline. There is no reliance on doctrines or ceremonies or scriptures. Or masters. It is our own willpower and energy turned inward that creates "Zen Mind." A Zen teacher can help keep us focused on the task, help us limit distractions and "hold our hands" as we traverse difficult terrain, but no teacher, master or other person can do the difficult work for us. No person, beside ourselves, can instill the faith, fortitude and spiritual desire needed to succeed on the path. Anyone seeking a teacher - kalyana-mitra - should keep this in mind. Any authoritative Zen leader that emphasizes himself -- his credentials, his lineage, his personal spiritual attainment -- as fundamentally important should be avoided. But beyond this, every person we encounter on our journey has something to teach us. Every experience we have, be it painful or joyous, is a lesson for us if we attend to it as such. Even the most arrogant or conceited people have something to teach us about ourselves and can be a guide for us on the Path. We can only be grateful to them.