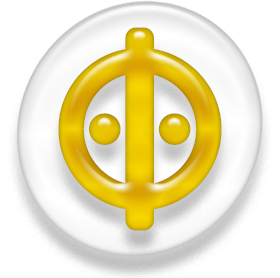 The Way of Former Heaven (or Hsien-t'ien tao or Xian Tian Dao , 先天道) encompasses five religious groups of Chinese origin. They claim to strive for the unification of Confucianism, Taoism, Buddhism, Christianity and Islam. The sect can be traced back to the Yuan dynasty (1271-1368). It is usually referred as White Lotus or 'Motherist' or 'Maternist sectarianism'.

Xian Tian Tao doctrine believes the creator of the universe was Wu Sheng Lao Mu 無生老母 (The Unborn or Venerable Mother) which created all live beings, 9.6 billion in total. These children went astray and ended up in the earthly world where they forgot their divine origin. The wheel of reincarnation started and the return to heaven was no longer possible. For this reason, the merciful Venerable Mother sent a range of envoys to bring Her children back to Heaven. The Dipankara (or Dipamkara) Buddha 燃燈佛 (Ran Teng Fo) saved 200 million suffering children as the first salvage. Sakyamuni or Gautama Buddha afterwards saved another 200 million. The remaining 9.2 billion live beings will be saved by the Buddha of the future, Maitreya Buddha.

The individual Hsien-tien Tao sects all see themselves as carrying out the Mother's intentions by converting people and guiding them on a path of cultivation and reform that will ultimately lead them back to Heaven. The cultivation urged on members is divided into "inner" and "outer" work (nei kung, wai kung), i.e., meditation and good deeds, so as to accumulate merits and purify the mind. As the focus is on a primordial deity superior to all other gods, Hsien-t'ien Tao sects claim to represent a Way (Tao) that transcends and unites all other religions. Consequently, an explicit syncretism is a noticeable feature of these groups, who claim that their teachings aim to unify the "Three Religions" (Confucianism, Taoism, Buddhism), the "Five Religions" (the former three plus Christianity and Islam), or even the "Ten thousand Religions". Most Hsien-tien Tao groups rely heavily on spirit-writing as a means of communicating with the Mother and lower-ranking deities.

Along with the written works of the founding patriarchs, spirit-writing provides a distinct corpus of scriptures for each individual sect, that develops the shared themes in different directions and serves to differentiate the individual group from related sects. The variations on the central theme are many: for example, different sects use different names for the supreme deity, the I-Kuan Tao and the T'ung-shan She calling her "Venerable Mother of Limitless Heaven" (Wu-chi Lao-mu), the Tz'u-hui Tang "Golden Mother of the Jasper Pool" (Yao-ch'ih Chin-mu), the Tien-te Sheng-chiao "Unborn Sacred Mother" (Wu-sheng Sheng-mu). The Daoyuan (or Tao Yuan) diverges from the common maternal pattern by describing the supreme deity as male, naming him "Most Sacred Venerable Patriarch of Former Heaven" (Chih-sheng Hsien-t'ien Lao-tsu). Despite these and many other differences in liturgy, organization, and doctrine, ultimately each Hsien-t'ien Tao sect represents a variation on a central theme.
at 23:46