Tea instead of apples blessed in China on Transfiguration 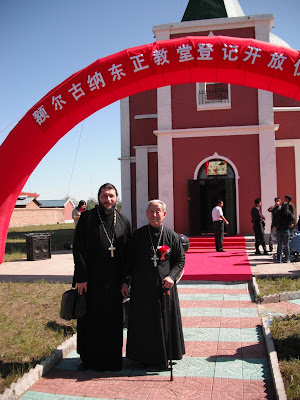 Orthodox parishes in Asia widely use local languages and elements of culture.

"For example, in China, Thailand and Indonesia local masters carve iconostasis and candlesticks and decorate them with local elements. There is a tradition of blessing tea of new crop," Archpriest Dionisy Pozdnyaev said in his interview published by NG-Religii paper on Wednesday.
The priest pointed out that "there are local peculiarities everywhere and they give parishes local colors," thus in Thailand they used to put off their shoes before entering the church.

However, according to the archpriest, "the most important work" is translation of liturgical and religious books into local languages, which is "necessary as a mechanism for life of Orthodox tradition in context of Asian cultures."

The priest said that there were peculiarities in translating Gospels into Chinese. For example, "In the beginning was the Dao" is one of the variant to translate the first words of Gospel According to John.