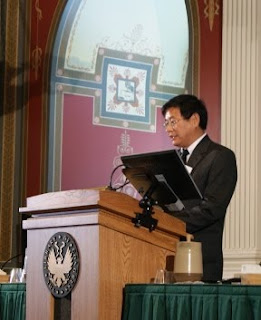 Christianity has become the most practiced religion among the Chinese in America. However, very little solid research exists on Chinese Christians and their churches. This book is the first to explore the subject from the inside, revealing how Chinese construct and reconstruct their identity—as Christians, Americans, and Chinese—in local congregations amid the radical pluralism of the late twentieth century.

Today there are more than one thousand Chinese churches in the United States, most of them Protestant evangelical congregations, bringing together diasporic Chinese from diverse origins—Taiwan, Hong Kong, mainland China, and Southeast Asian countries. Fenggang Yang finds that despite the many tensions and conflicts that exist within these congregations, most individuals find ways to integrate creatively their evangelical Christian beliefs with traditional Chinese (most Confucian) values. The church becomes a place where they can selectively assimilate into American society while simultaneously preserving Chinese values and culture

Yang brings to this study unique experience as both participant and observer. Born in mainland China, he is a sociologist who converted to Christianity after coming to the United States. The heart of this book is an ethnographic study of a representative Chinese church, located in Washington, D.C., where he became a member. Throughout the book, Yang draws upon interviews with members of this congregation while making comparisons with other churches throughout the United States. Chinese Christians in America is an important addition to the literature on the experience of "new" immigrant communities.

documents how Christianity in general and Chinese churches in particular have integrally influenced the identity formation of Chinese immigrants. Furthermore, Yang’s book suggests that Chinese evangelical Christians (as well as other recent immigrants) are the ones responsible for sustaining America’s religiosity. Scholars interested in tapping into this religious pulse will find Yang’s book not just useful but indispensable. Yang’s Chinese Christians in America marks an important break from traditional congregational studies of Christian churches in America. He explores how religion influences and shapes the multiple identities of Chinese immigrants.
at 00:16