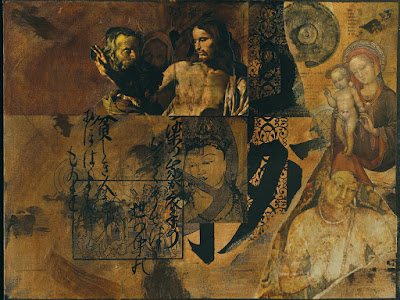 Reminiscent of the Hinduism out of which Buddhism arose, Buddhists such as Cabezón believe that there are multiple incarnations of deity. For this reason, Jesus may be accepted as incarnation out of many, unique in his own way perhaps, but not exclusively unique as many Christians believe.12 Furthermore, Buddhists do not believe that any being is capable of redeeming another; no deity is an ultimate creator; all were initially subject to samsara. Therefore, Jesus, as the manifestation of a deity, was not able to provide the salvation that many Christians claim is only possible through him. In Cabezón’s words: “Salvation from suffering [as opposed to salvation from sin13] is earned through the process of self-purification, not bestowed on one as a gift from above.”14 It follows that Christ may have shown an example of a potential path toward ultimate enlightenment, but this example was then misunderstood by many Christians who hold to an exclusive view of Christ as Savior that does not admit to other possibilities.15 Bokin Kim, a Won Buddhist, is very optimistic about the possibility, however, that Jesus is a figure worthy of non-exclusive emulation, looking at him through the eyes of Won Buddhism’s founder, Chungbin Park Sot’aesan.16

I see Jesus as a Buddha. Have you ever read the book, "Living Buddha, Living Christ" by Zen Master Thich Nhat Hanh? I've heard it is wonderful.

Another good one by Hanh on this subject is, "Going Home: Jesus and Buddha as Brothers."