What can Christians learn from other religions? 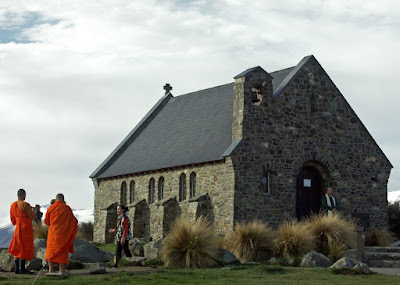 We can learn more about God. After college I lived in Japan for two years. Among the many things I did there was to study and practice Zen. Zen introduced me to a tradition and discipline of silence that I had never experienced before. I discovered that silence is a common "language"--transcending cultures and religions. And it was in silence--which I later discovered in the monastic Christian tradition--that I discovered a new dimension of God's love and presence.

Some thirty years later, in the aftermath of September 11, our church community has met and worshipped with members of the local Islamic community. Our initial intent was to express support and solidarity--and to make a common witness. But the more we talked and shared with one another, the more I discovered two things: how much we are different in terms of culture and history and expectations of community; and how much we are the same in our desire to be in relationship with God. I watched and listened to the Imam pray, and his demeanor and devotion opened me up to a new and different awareness of God.

Borrowing on the writing of Aristotle, St. Thomas Aquinas said that God is "that which nothing greater can be thought." The wisdom and tradition of other religions help expand the arena in which God lives and moves and has being.