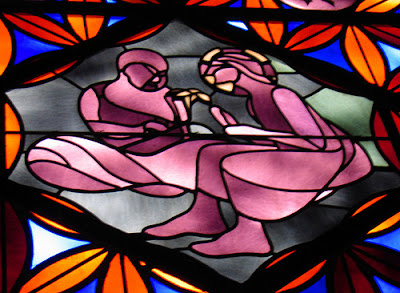 Zoroaster. It seems that Zoroaster preached the monotheistic worship of Ahura Mazda, who was the creator of two other spirits - one good, the other evil.18 Classical dualistic Zoroastrianism, which pitted Ahura Mazda against the evil Ahriman, developed in the Sassanian period (A.D. 226-652). Later Zoroastrianism also developed a doctrine of a Saoshyan (Savior) who would raise the dead. According to Jacques Duchesne-Guillemin:

Zoroaster did not give himself out to be the redeemer. When his prayers call the redeemer who is to renew existence, he means the prince who shall accept his doctrine and realize the Dominion of Righteousness and Good Mind. He even allows the role of redeemer to any man, provided he practises righteousness.19

Buddha. Although it is not correct to speak of Buddhism as an "atheistic" religion, it is a religion whose chief focus is on man rather than on any god. The Buddhist Annual of Ceylon defines Buddhism as "that religion which without starting with a God leads man to a stage where God's help is not necessary." Buddha himself, coming out of a background of polytheistic Hinduism, seems to have treated even Brahma, one of the highest of the gods, with a cool superciliousness. Junjiro Takakusu of Tokyo University explains that "the Buddha did not deny the existence of gods (Devas), but he considered them only as the higher grade of living beings, also to be taught by him."20

It is clear that over the centuries the original concept of Buddha as an enlightened man was radically changed so that "he was no longer that simple teacher of moral values but a Mahapurisa [a super-human being], greater than the gods themselves."21 Transformations in Buddhist art reveal this evolution in doctrine. From the third to the first centuries B.C. Buddha was depicted in Indian art simply by a symbol, such as his footprint, umbrella or throne.22 Thereafter the Buddha himself is depicted. According to Mortimer Wheeler, "It was no less fitting to represent the deified Buddha than to embody the traditional divinities of the Hindu pantheon."23

By the second and third centuries A.D. Mahayana Buddhism had produced a doctrine of Boddhisatvas, innumerable perfected Buddhas distributed through space and time who help mankind by their merits. According to the Lotus of the True Law the Buddha was an eternal sublime being, who appeared in human form as the savior of mankind.

Socrates. Though Socrates did not fully subscribe to the anthropomorphic Homeric deities, he was deeply devout in his own way. He was scrupulously obedient to his daimonion, a personal guiding spirit. In Xenophon's Apology, Socrates says, "As for introducing 'new divinities', how can I be guilty of that merely in asserting that a voice of God is made manifest to me indicating my duty?" In his Memorabilia Xenophon asserts, "For myself, I have described him as he was: so religious that he did nothing without counsel from the gods…."

Muhammad. The Qur'an emphatically stresses the Oneness of the Godhead, not only to deny polytheism but also to refute the Christian Trinity. Qur'an 112:1-4 reads:

Say: He is Allah, the One! Allah, the eternally Besought of all! He begetteth not nor was begotten. And there is none comparable unto Him.

Muhummad himself did not claim to be anything other than a mortal messenger (Qur'an 7:188; 17:95). On one occasion he is said to have exclaimed: "O, God! I am but a man. If I hurt anyone in any manner, then forgive me and do not punish me." His fallibility is shown in the Qur'an, surah 80, where Allah rebukes him for turning away from a blind man.

Nor did Muhammad claim he had the power to save others. According to a tradition reported by Athar Husain, Muhammad said:

O People of Quraish be prepared for the Hereafter.
I cannot save you from the punishment of God, O Bani Abd Manaf…. I cannot
protect you either, O Safia, aunt of the Prophet,
I cannot be of help to you; O Fatima, daughter of Muhammad, even you I
cannot save.24

Jesus. Unlike the other spiritual leaders we are examining, Jesus came out of a monotheistic culture. The concept of "gods" in polytheistic religions is quite anthropomorphic; there is no sharp difference in kind between men and such gods.25 In Jewish monotheism the distinction between God as transcendent and infinite and man as finite is almost absolute.

It is sometimes suggested that the deity of Jesus is a late doctrine, imported into Christianity by pagan converts.27 This thesis cannot be maintained in light of the declarations of the apostle Paul, a converted Pharisaic Jew.28