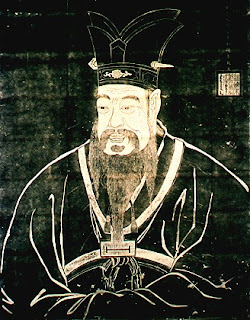 Oriental Medicine is a term with many variations of a general meaning. Among the majority of american practitioners it refers to a system of medicine which originated approximately 4000 years ago in in far east Asia. This area included what are now China, Korea, Japan, Tibet, and Vietnam.

In the 20th century Oriental Medicine serves almost two billion people in far east Asia, the former Soviet Union and Europe. In the U.S. thirty-eight states have scope of practice for NCCAOM National Commission for the Certification of Acupuncture and Oriental Medicine or equivalent level practitioners. There are approximately 10,000 NCCA national board certified acupuncturists in the country. Since several states have licensure requirements and processes that are independent of the NCCA exhaustive totals have not been compiled.

Research on Oriental Medicine has been continual in China since the early 1950’s. After the civil war was settled in 1948, the Communist Government of China realized it could not afford to train, let alone equip, a sufficient number of allopathic doctors to meet the needs of the country’s population. The government evaluation of the traditional medicine showed that it had enough effectiveness to warrant not only active use and perpetuation but development. Today Traditional Chinese Medicine (TCM) is practiced in allopathic hospitals, in traditional hospitals, in conjunction with allopathic medicine, and hybrids of both forms of medicine have been developed.

Although Oriental Medicine has a set of foundation principles it is not uniform. There have been and are many schools of thought. Oriental Medicine is a complete health care system capable of delivering both primary and specialized care. It’s based on principles which began evolving approximately between 2000BC and 4000BC and which continue to evolve. The roots of Oriental Medicine are considered by most to be Buddhism, Taoism, and Confucianism. Buddhism is a religion, Confucianism is social and political philosophy, and Taoism is both a religion and a philosophy. These are gross simplifications. Literally thousands of volumes have been written on these subjects.

Taoism is the most influential root of Oriental Medicine. The Taoists main focus was on the observable and natural laws of the universe and the implications for human beings’ relationship to the universe. 2500 years (5000BC - 500BC) allowed much time for observation, study and speculation by many people. This activity yielded myriad principles. Below are five of the fundamental principles and applications of them to health and healing.These principles are the axioms about existence that form the foundation for Yin & Yang, The Five Elements, and Qi (pronounced chee). And those concepts are the primary engines of Oriental Medicine.
at 00:12