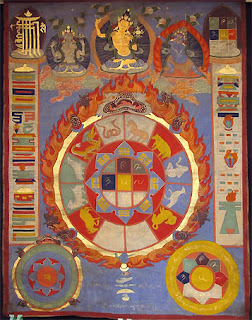 Whether it was Buddha inviting the animals to celebrate his departure from this world or whether it was the Jade Emperor who invited the animals to attend a birthday celebration is one difference you’ll uncover when researching the origin of the Chinese Zodiac. Another difference is the invitation itself. Some myths state that all animals were invited to a feast. Other stories mention that the animals were invited to participate in a race and as a reward for crossing the finish line the first 12 animals would appear on the Chinese Zodiac. Their order would correspond with the order that each crossed the finish line.

The first to cross the finish line was the rat, followed by the ox, tiger, rabbit, dragon, snake, horse, sheep, monkey, rooster, dog and finally, the pig. Interestingly, you’ll find that most discussion of the origin of the Chinese Zodiac tends to focus on the order of the appearance of these animals. Perhaps this is because the story is easier to understand and much more entertaining than learning about the various physical and celestial elements that led to the creation of Chinese numbering systems.

Although Buddha is a main character in the stories about the origin of the Chinese Zodiac, there is evidence that the Chinese Zodiac predates the era of Buddhism. The 12 earthly branches, which is a system devised by early Chinese astronomers for reckoning time, existed long before Buddhism was established. These astronomers closely monitored the orbit of the planet Jupiter which they referred to as the “Year Star.” After extensive study, they realized that Jupiter’s orbit occurred every 12 years. That’s probably why the Chinese Zodiac is based on a system of years, not months.

Other evidence that the origin of the Chinese Zodiac predates Buddhism is use of the 10 heavenly stems. This is an early cycle numbering system developed and used during the Shang Dynasty (1600 BC – 1027 BC). The 10 heavenly stems system is based on the belief that 10 heavenly suns each appeared in 10-day cycles. Each cycle was given a name and the names were supposedly based on the clans that made up the ruling class at that time.

Regardless of the origin of the Chinese Zodiac, its future as a fun and effective method of determining one’s destiny is likely to live on for years!