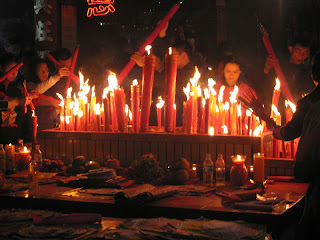 The next few entries are likely to be stories about the Spring Festival in China, as many Westerners who read this blog probably do not know its rich traditions and meanings.
The Spring Festival is the most important festival for the Chinese people and is when all family members get together, just like Christmas in the West. All people living away from home go back, becoming the busiest time for transportation systems of about half a month from the Spring Festival.