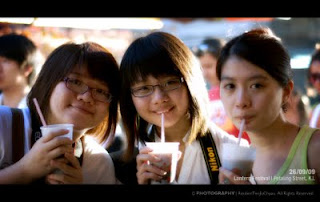 During the Tang dynasty, Guilin was one of the most important Buddhist retreats containing many temples. The luohanguo fruit was named after the arhats (Chinese: 羅漢; pinyin: luóhàn), a group of Buddhist monks who, due to their proper way of life and meditation, achieved enlightenment and were said to have been redeemed. According to Chinese history, the fruit was first mentioned in the records of the 13th century monks who used it.

However, plantation space was limited: it existed mainly in the slopes of the Guangxi and Guangdong mountains, and to a lesser degree in Guizhou, Hunan, Jiangxi, and Hainan. This and the difficulty of cultivation meant that the fruit did not become part of the Chinese herbal tradition, which depended on more readily available products. This is also the reason why one finds no mention of it in the traditional guides to herbs.

The herb became better known in the 20th century. The first report on the herb in English was found in an unpublished manuscript written in 1938 by Professor G. W. Groff and Hoh Hin Cheung. The report stated that the fruits were often used as the main ingredients of "cooling drinks," that is, as remedies for hot weather, fever, or other dysfunctions traditionally associated with warmth or heat.

Groff and Hoh realised that the fruit was an important Chinese domestic remedy for the treatment of cold and pneumonia when consumed with pork.

Interviews have confirmed that the fruit only recently gained importance in Chinese history. Nonetheless, it appears that a small group of people had mastered its cultivation a long time ago and had accumulated extensive knowledge on growth, pollination, and climatic requirements of the plant.

The fruit came to the United States in the early 20th century. Groff mentions that during a visit to the American ministry of agriculture in 1917, the botanic Frederick Coville showed him a luohanguo fruit bought in a Chinese shop in Washington. Seeds of the fruit which had been bought in Chinese shop in San Francisco were entered into the universal botanic description of the species in 1941.

The first research into the sweet component of luohanguo is attributed to C. H. Lee, who wrote an English report on it in 1975, and also to Tsunematsu Takemoto, who worked on it the early 1980s in Japan (later Takemoto decided to concentrate on the similar sweet plant, jiaogulan). The development of luohanguo products in China has continued ever since, focusing in particular on the development of concentrated extracts.

The plant is most prized for its sweet fruits, which are used for medicinal purposes, and as a sweetener. The fruits are generally sold in dried form, and traditionally used in herbal tea or soup. They are used for respiratory ailments, sore throats and reputed to aid longevity. The best way to describe the medicinal use of luohan guo in southern China during the 20th century can be found in the book "Fruits As Medicine: A Safe and Cheap Form of Traditional Chinese Food Therapy