Jesus in the Vedas 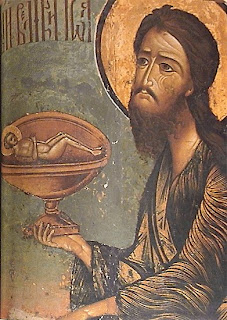 Jan 20, USA (SUN) — A recent flurry of articles and website postings have been made to indicate that the fable of Jesus is mentioned in the Vedas [Bhavisya Purana]. Many Vaisnavas have been enthused by these Vedic findings, confirming Jesus as a messenger of God and a pure devotee. The Bhavisya Purana is certainly a bona-fide literature, its predictions concerning certain events cannot be taken as absolute because of evangelical interference.

The Bhavisya Purana is considered to be one of the major 18 Puranas of the Vedic canon. As the name suggests, it mainly deals with future events (bhaviysati). The Bhavisya Purana is also mentioned in the ancient text of the Apastambha-dharma-sutras, so it is to be taken as an original Puranic literature dating from the time of Vyasadeva.

There are four known editions of the Bhavisya Purana, each having different predictions from the other, but having one consistent prediction - that of Jesus.

One edition contains five chapters, one contains four, another contains three and yet another contains only two. Additionally, the contents in all four editions differ in various degrees - some having extra verses and some having less. Due to these circumstances, it is difficult to ascertain which of the four is the original text of the Bhavisya Purana, if indeed an original text still exists, but all four editions do mention Jesus.

The Venkateswar Steam Press edition of the Bhavisya Purana printed in Bombay in 1829 (and reprinted by Nag Publishers in 2003) is probably the most complete version available, containing all the main features of the four manuscripts.

The consistent prophecy in all four editions that seems to indicate an interpolation concerns the so-called meeting of Maharaja Salivahana and Jesus. This is found in the 19th chapter of the Pratisarga-parva:

"Ruling over the Aryans was a king called Salivahana, the grandson of Vikramaditya, who occupied the throne of his father. He defeated the Sakas who were very difficult to subdue, the Cinas, the people from Tittiri, Bahlikas and the people of Kamarupa. He also defeated the people from Roma and the descendants of Khuru, who were deceitful and wicked. He punished them severely and took their wealth. Salivahana thus established the boundaries dividing the separate countries of the Mlecchas and the Aryans. In this way Sindusthan came to be known as the greatest country. That great personality appointed the abode of the Mlecchas beyond the Sindhu River and to the west. One time, that subduer of the Sakas went towards Himatunga (the Himalayas). In the middle of the Huna country (Hunadesa - the area near Manasa Sarovara or Kailasa mountain in Western Tibet), the powerful king saw an auspicious man who was living on a mountain. The man's complexion was golden and his clothes were white." (19:19-22)

The text continues with Salivahana asking Jesus, "Who are you?" to which Jesus replies:

The Christian idea that Jesus was born of a virgin is based on the following verse found in the Old Testament in the Book of Isaiah:

"Behold, a virgin has conceived and bears a son and she will call his name Immanuel."

After Jesus has introduced himself to Salivahana he explains that he is teaching religion in the distant land of the Mlecchas and tells the king what those teachings are:

"Please hear from me, O King, about the religion that I have established amongst the Mlecchas. The mind should be purified by taking recourse of proper conduct, since we are subject to auspicious and inauspicious contaminations - by following the scriptures and concentrating on japa (repetition of God's names) one will attain the highest level of purity; by speaking true words and by mental harmony, and by meditation and worship, O descendant of Manu. Just as the immovable sun attracts from all directions the elements of all living beings, the Lord who resides in the Surya-mandala (sun globe) and is fixed and all-attractive, attracts the hearts of all living creatures." (19:28-30)

Japa, meditation, the negation of both good and bad karma, are all concepts that are familiar to eastern religions such as Hinduism and Buddhism, but not to the Abrahamic religions of the west.

It may also be noted that throughout the Pratisarga-parva of the Bhavisya Purana we find the stories of Adam and Eve (Adhama and Havyavati), Noah (Nyuha), Moses (Musa), and other Biblical characters.

In conclusion, the Bhavisya Purana may well be a genuine Vedic scripture prophesying future events.


*This story, as originally published, was full of falsehoods and tried to argue against Jesus visiting India after His resurrection. The hatred in this anti-ecumenical article, prompted us to edit out sentences and words to change the author's words, posted above, to make an article that was instead an endorsement of this theory.

The theory is based on the idea that Jesus faked his crucifixion. The other theory that Christ traveled to India in the missing years of the Bible has some credibility, but I have to agree with the author's original intent that Jesus did not do this, while disagreeing with his unprovable attacks on the Holy Bible & Christianity as a whole.