The Evangelicals: Sharing the Christian Faith in China 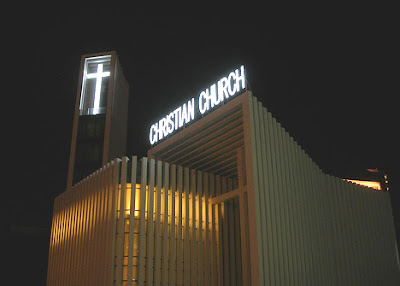 There is no real calculating the number of people who come to China to share the Gospel. They range from Christians on short mission trips to teachers who use their jobs to get a visa and hope to bring their faith to their students. If you are here for more than a brief visit, you will likely meet Westerners who come to China for that sole purpose, as well as others who make it a part-time endeavor. There are many Africans who do so as well. If you come to share Christ yourself, you will find no shortage of people willing to learn and of those who are already at least familiar.

While one could make a long list of the quirks and cultural differences between China and our home countries, between the points where the Christian religion connects easily and the points where it meets friction, the common and profound human experiences involved in faith would blow that all away. I spoke with two people in China who have devoted many years to service of God, a minister from the U.S. and one from China, to get a view coming from men who are immersed in Christianity in China. Although I was expecting long discussions on exactly how things work in China, both spent most of their time on the fundamentals of love and faith.

William has been in the ministry since 1991, and has spent over ten years of it in China, recently having a leadership role at a tolerated unofficial church in Guangzhou. Like many people devoted to sharing the Gospel, William came here on a calling, sure that God was bringing him to China from his previous post in Mexico. He sees the universal principals in the Christian faith at work, and isn't bowled over by a milieu of different attitudes or communication styles. “I approach Chinese in the same way as anyone,” says William, “by loving them first. If you start caring for people then you will have opportunities to speak with them....they are just part of humanity.”

One of the things which is remarkable in China, and which anyone who comes to teach about Jesus Christ will notice very quickly, is that negative reactions and bad attitudes are very rare, at least compared to many Western countries. According to William, “Chinese are willing to learn about anything, at least for a time. They are very open, and ask very deep questions.” It may seem counter-intuitive, especially after decades of rule which placed restrictions on religion and with current laws against unofficial churches, but popular attitudes towards Christianity are not bristling at all.

The laws do come up however. Legally, the state has been able to crack down on illegal churches at will, including making arrests. In practice though, they do not always do this. Local officials are often aware of the larger illegal churches, and even meet face to face with the leaders who run them. William calls the laws “a big gray area.” He works with a church that has mostly had toleration, though has had plenty of hassle trying lease buildings. Nevertheless, the church is not only tolerated so far, it even has an exemption from the law against Chinese worshipping in Western churches, which is still quite a rarity. “You can go for a long time imagining the laws don't exist,” comments William, “because they're usually not there in your face. Eventually though you'll have to deal with them.”

Some of those potential dangers are certainly on the minds of missionaries who plan to come to China at this moment, as are strategies for communicating with a different people and the hopes of winning many souls. Entire books have been written on the subject. William's advice to future comers, however, is very down to earth and simple. He says, “Don't think you have all the answers. Over time I've realized that no one can write the book on China. The key of it all is love. You need to be able to lay your life down.”

Ender, a Chinese minister, does Bible teaching and other services at an official Three-Self Church in Guangzhou, where both Chinese and English services are held regularly. Ender first heard the Gospel in middle school, when he and his friends used to use shortwave radio and would pick up stations from Hong Kong, which at that time had not returned to China yet. Although he had no other Christians around him, the Gospel programs kept him enraptured enough that by the time he was in high school he started attending a nearby church on his own initiative. “Jesus’ love alone attracted me to the faith,” he explains.

Ender speaks freely about some of the difficulties some Chinese people have in accepting the Gospel, ones that other ministers will quickly encounter. “They think it is from outside China, and that's a conflict. They are afraid of abandoning their ancestors.” This would be an obstacle for many Chinese today, who still observe celebrations where they care for the spirits of deceased family members. It has also historically been a divisive subject for Christian missionaries, some of them classifying it as ancestor worship, and others simply as ancestor remembering. Ender, however, is generally not fazed by this potential problem. “For me I don't believe in ghosts,” he says, “but I just think when people learn the Good News they will realize what it's all about.”

Ender has met many of the Western missionaries who come to China, and has had students who are schooled by them as well. His advice to Westerners who come to spread the Gospel? “Don't make it too Western.” That basically means – speak Chinese. Many people are simply uncomfortable and even afraid of dealing with a foreign language. There are also some sublime concepts that are not easily translated, and finding the right Chinese word is the only real way to get the point across. At times, Chinese words can be even more descriptive than the English ones. For example, while the English word “to repent” has come to simply mean feeling sorry for doing something, the robust Chinese word “hui gai”, captures the Biblical meaning much better, literally meaning “regret and change”.

Working out how to adapt between Western-style fellowships and Chinese worship is also a question and sometimes a problem for Chinese students of Christianity. For example, Ender points out that many Westerners take a very fun approach when they come over to teach the Gospel, leaving their students expecting that lively experience from everyone. “The missionaries have done great work here,” explains Ender, “but when they leave they leave their students too. Afterward the student goes to church, but church is not as interesting. They end up having trouble getting used to Chinese churches and fellowships.”

Ender plainly sees the importance of studying the Bible and of living the Christian faith. He has met many active Christians, as well as those who show up for about a month and then disappear. While Christianity has grown boldly in China, Ender doesn't subscribe to any specially-marketed method. “If [believers] have the Holy Spirit, and are hungry for Jesus, the faith will thrive. The newcomers need to know that God really exists and is managing their lives. They should go to a good church and fellowship, and should serve and share the Gospel. To serve God is to experience God. You've got to walk it out in life.”
at 01:08

Interesting posts you have, though I think Christianity is dead and will be redeemed and brought to fruition and perfection through Thelema. Check out my blog at http://christianityisdead.wordpress.com/ if you will. Love is the law, love under will. ;)